“This is the way the world ends, Not with a bang but a whimper.” 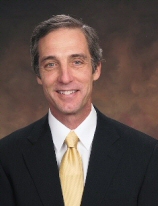 As we enter Patient Safety Awareness Week, it’s tempting for me to submit to Eliot’s sense of hopelessness when I consider our progress to date. Is there any cause for hope?

After all, the Institute of Medicine published “To Err is Human” over 15 years ago; it’s not like patient safety is a new idea. Moreover, it appears that the IOM’s estimated 98,000 deaths due to hospital errors was a low estimate. More recent studies suggest that medical harm is the third leading cause of death in the U.S., trailing only heart disease and cancer.

Don’t get me wrong, I’m a staunch supporter of organizations like the National Patient Safety Foundation (NPSF), and I was an early adopter as a Certified Professional in Patient Safety. I just don’t think that the appeals made, to this point, for doing what is right for the patient have proven sufficient.

What if patients could somehow get organized? What if there was a “patient’s union” that advocated for the patients’ right to not be harmed? Would that make a difference? Well, yes, it would probably make a difference, but is it enough?

I don’t think so. In fact, while grassroots organizations like the Safe Patient Project are having some success by enacting patient safety legislation at the state level, they’re simply not raising awareness and gaining traction rapidly enough. I’ve started wondering if improving patient safety awareness, or the lack thereof, is determined by one’s proximity to an individual victim of medical harm.

It would be convenient if we could somehow claim that we simply don’t know how to keep patients safer, but as Atul Gawande (The Checklist Manifesto) points out, we’re no longer ignorant of how to implement patient safety measures; we simply fail to apply the evidence-based practices correctly and consistently (moving the assessment of the situation from ignorance to ineptitude). For example, the Comprehensive Unit-based Safety Program (CUSP) is a straight-forward approach that simply works. So then why isn’t patient safety “breaking out all over?”

Enter the hero, the U.S. Government?

If altruism, populism, and evidence aren’t enough to motivate widespread, meaningful action, then what is? As it turns out, the Center for Medicaid and Medicare Services (CMS) is the answer. CMS has upped the ante on preventable harms by not only refusing to reimburse hospitals for them, but by reducing all reimbursements if a hospital is lagging behind others in eliminating them. Suddenly, the hospital chief financial officer is becoming the de facto patient safety officer, demanding the elimination of so-called hospital acquired conditions. While some of us may be tempted to say, “Where have you been?” to new converts, we should instead welcome them to the cause with open arms.

We’ve known for some time now that there is a serious problem that we ought to fix, and that it will be solved by front-line clinicians implementing evidence-based practices at the bedside. Now we have the financial backing and the firm resolve of the C-suite to truly put the “never” into “never events.” This seismic shift creates an unparalleled opportunity for us, the continuous improvement community. Let’s make 2015 the National Patient Safety Year (Click to Tweet this).

“Never doubt that a small group of thoughtful, committed citizens can change the world; indeed, it's the only thing that ever has.”

Download this free eBook to learn about engaging your staff in continuous improvement: