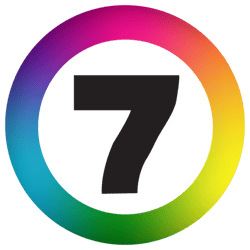 In a detailed study of 95 teams in 25 leading corporations, chosen by an independent panel of academics and experts, Behnam Tabrizi of the Harvard Business Review found that nearly 75% of cross-functional teams are dysfunctional. They fail on at least three of five criteria: meeting a planned budget, staying on schedule, adhering to specifications, meeting customer expectations, and maintaining alignment with the company’s corporate goals. That’s a disturbingly high failure rate measured by some pretty fundamental standards. Research by Tabrizi and others reveals that teams that are successful have some important habits in common.

1. They work on projects with clearly defined objectives, time frames, and resources

Often a team charter is used to define success, establish milestones, and delineate roles and responsibilities.

2. There is an accountable leader

Certainly teams are collaborative, but one person must be responsible for the end-to-end success of the initiative.

3. Success or failure of the team impacts participant performance reviews

It is human nature to prioritize one’s primary role over team success. Including team results in performance evaluations ensures that this work will receive due attention.

4. Communication is open and frequent

Communication may be the most important (and difficult) aspect of cross functional team work. Because team members may not be physically nearby, a platform for sharing updates and related documents is essential.

5. They include the right players

Effective cross functional teams include players with the right subject matter expertise and authority to make decisions that move the team toward the goal.

Effective teams do not wait until the end of a project to determine if they have been successful. Rather, they use objective measurements along the way to ensure that the objectives are achieved.

7. They recognize and implement incremental improvements

Cross functional teams are often used to tackle big problems. Successful ones realize that in doing so, they may also find small opportunities for improvement that can be enacted quickly while they continue to take on more complex issues.

Cross functional teams are hubs of innovation for many companies. When they work, they speed the momentum of positive change. When they don’t, they put on the breaks. Emulating the habits of successful teams is a good place to start if your organization is ready to step on the gas.