Ask Us Anything: Improving the Patient Experience with Lean

If you’re a big Apple fan, you may have missed episode 16 of our webinar series Ask Us Anything, which was recorded on the same day as the Apple Special Event where the new iPhone was announced.

In this Ask Us Anything episode, KaiNexus CEO and Co-founder Greg Jacobson and Mark Graban, our Vice-President of Improvement & Innovation Services, answered questions from KaiNexus webinar viewers on topics like Lean and the patient experience, shifting from projects to small staff-driven improvements, and using huddles for distributed teams. The conversation started off talking about the new Apple releases though. Both Jacobson and Graban revealed that they are Apple users and were excited to see what was going to be announced. 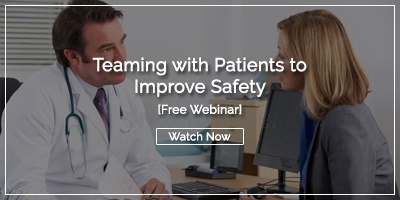 The conference this year, which was attended almost exclusively by KaiNexus customers, included a grand reveal of KaiNexus’ next big release, which includes some of the features most requested, including Gantt view, and a customizable screen layout that will allow users to do things like view in an A3 layout.

“We’re going to be releasing that version in October and I can not wait to see what people do with that. I think it’s going to be really exciting.”

Watch the "Big Reveal" from the User Conference here.

After sharing highlights from the conference, it was time to answer the first question sent in from webinar viewers. Jeffrey asked Jacobson and Graban if they had examples of Lean being used for patient experience, not just for improving flow, decreasing waste, waiting times, etc., but truly improving the experience from the patient's perspective.

Graban, who is the author of Healthcare Kaizen: Engaging Front-Line Staff in Sustainable Continuous Improvements and The Executive Guide to Healthcare Kaizen: Leadership for a Continuously Learning and Improving Organization, and writes a lot about healthcare on his blog LeanBlog.org, said that he has seen many examples. The first one that came to mind was from Franciscan St. Francis Health System in Indianapolis, where they have implemented hundreds of ideas in the neonatal intensive care unit (NICU).

“I would bet that at least half of them are related to the patient/family experience, doing things to ensure better privacy for mothers when they’re nursing their babies, making sure curtains stay closed, putting signs on the curtains, warning people not to barge in,” Graban said. “It’s all about what leaders ask people for. If leaders ask people to come up with ideas related to the patient experience then I think you’re going to tend to get those ideas.”

While the improvements at the Franciscan NICU were smaller, Kaizen improvements, Graban also brought up the example of a friend he has at the Seattle Children’s hospital who went from a role in their Continuous Process Improvement department to a leadership position in the cafeteria, or Dietary Services department.

“At Seattle Children’s they’ve used Lean as a process for both designing new spaces (Lean design) and process improvement, as well as a Lean management system to transition from food being delivered at scheduled times to the patients, to the patients being able to do room service ordering,” Graban explained. “I think things like that do a lot to improve the patient experience. It’s not just about building a prettier looking building or giving people private rooms instead of semi-private rooms. There are a lot of process and service related improvement opportunities.”

Jacobson agreed but had his own take on the question to share.

“My initial thoughts are a little cheeky in that to me, improving flow, decreasing waste and wait times, sound like they’re all directly related to patient experience. But I get the nature of the question and I think right now, if you were to look at our cumulative, completed [improvements], I would say between 15 and 20 percent of all improvements relate to patient satisfaction. That’s probably the nearest correlative that I can think of for patient experience. At the end of the day what you’re really talking about is meeting the needs of the patient, right? Meeting the needs of your customer, establishing good quality, and part of the need is the entire experience of whatever you’re doing. So, I don’t see any fundamental disconnect with why you can’t point people in that direction,” Jacobson said.

Graban had one last point to add explaining, “I was at a hospital yesterday where they talked about service recovery—apologizing, having empathy—I think then that needs to tie into process improvement. When somebody is annoyed with something, don’t just smooth things over, but do improvement work that prevents that problem from occurring again. I think that’s more timely, and I think more beneficial than the patient survey. There are things that people will be annoyed by that they might not remember and might not think to complain about in the surveys.”

Jacobson pointed out that this correlates to the belief have here at KaiNexus in learning from failures versus trying to mitigate the risk from failures.

Jacobson and Graban answered several other questions in the webinar, you can watch the entire webinar, and other Ask Us Anything webinars, here, or listen to it as a podcast on Stitcher, Hipcast, or iTunes.