#ThrowbackThursday: KaiNexus Through the Ages [Photos]

Ahhhh, Thursday. My favorite day of the week. Why, you ask? #ThrowbackThursday, that's why. My social media newsfeeds are going to be blowing up with hilarious old pictures of my friends and off the wall historical tidbits all day long.

The KaiNexus team had our annual retreat in Austin, TX a couple of months ago, and everyone got a peek into the past of KaiNexus when Greg Jacobson, our CEO and co-founder, pulled up some slides of what I like to call "Baby KaiNexus." I'm going to share them with you now - hope you love #TBT as much as I do!

So here's a KaiNexus #ThrowbackThursday for you: 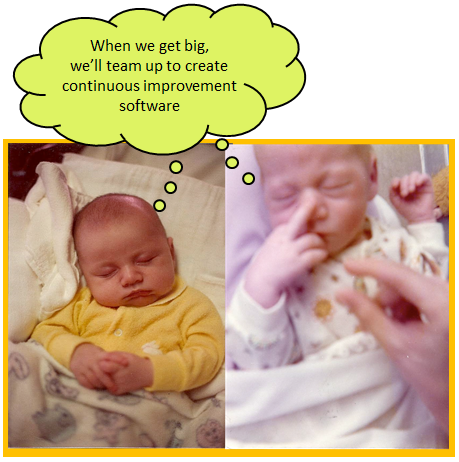 It all began one stormy day in September, when our co-founders Greg Jacobson and Matt Paliulis were mysteriously born on the same day, at the same minute, just miles apart, and instantly knew that one day they'd grow up to found KaiNexus. (Disclaimer: I made that up. There are no mysterious circumstances surrounding their totally average births).

Ok, so the idea of KaiNexus didn't pop up in the brain of a couple of infants. Babies are cute, but they sure aren't very clever.

The Meeting of the Minds

The potential for KaiNexus happened at Washington University in St. Louis when Matt and Greg met in college. Here they are back in the day.

Of course, they were too busy being 20 years old to ponder ways to bring continuous improvement to the masses.

No, KaiNexus wasn't a real idea until several years later, when young doctor Greg kept coming up with new, better, more efficient ways of doing things that challenged the status quo, and was frustrated that there was no way to bring those ideas to life. His mentor gave him the book Kaizen, by Masaaki Imai, and instantly Greg knew that he'd stumbled upon the way to make lasting change in his organization. 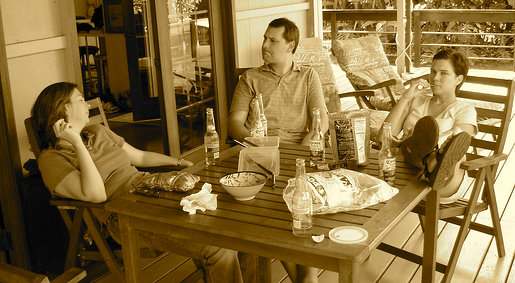 When It (Actually) All Began

The long time BFFs Greg and Matt were on vacation in 2005 when they realized that what the world needed was software to make continuous improvement a reality.

The picture above is the moment when the idea of KaiNexus was hatched. Seriously, THE moment. They knew even at the time that the idea was going to be big.

KaiNexus started out as a couple of hand-drawn sketches in 2006. Check out baby KaiNexus - 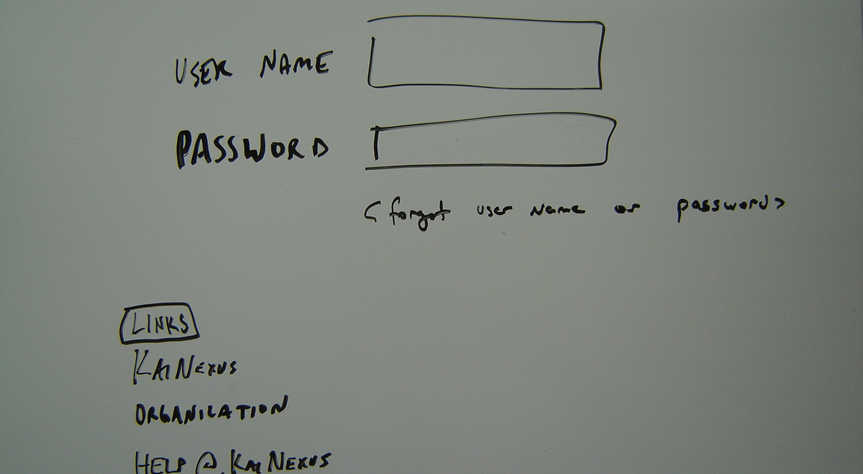 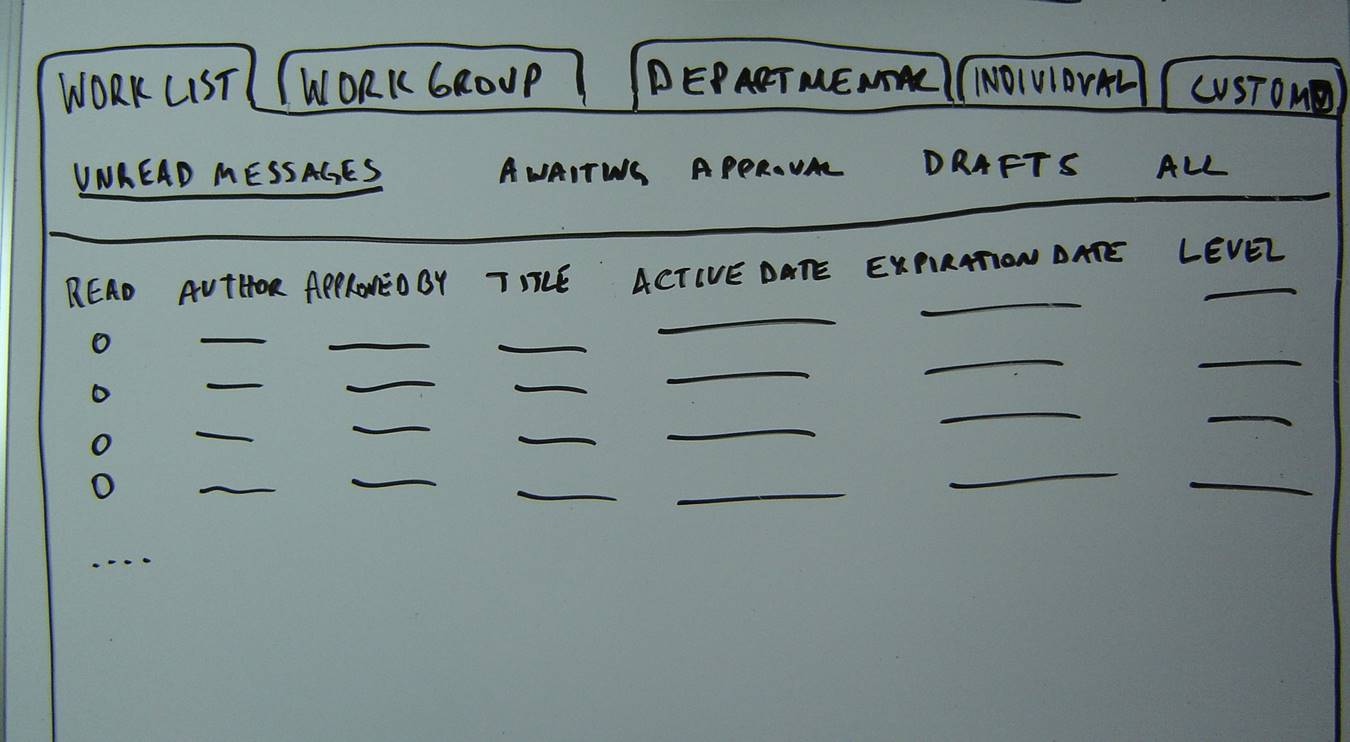 The planning continued for 3 more years, as Matt and Greg learned more about continuous improvement and running a software company.

Then in 2010, the guys got a round of funding, and began coding.

(They were so excited and working so quickly that no one remembered to take pictures during this time. Whoops!) 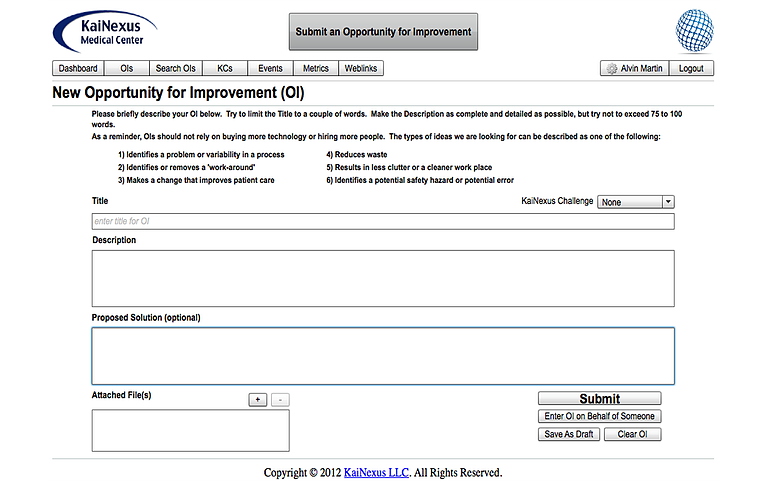 This was a period of massive development for KaiNexus, largely driven by the feedback from our early adopters. One of the awesome parts of getting in with a software company like KaiNexus at the ground floor is that your opinion is hugely important - as our customers learned, when we took their feedback on functionality, customizations, and user interface to heart.

Where We Are Now

Here's what KaiNexus looks like now, as a result of all of that incredible customer feedback. We're so lucky to have customers willing to share their ideas about how we can continuously improve! 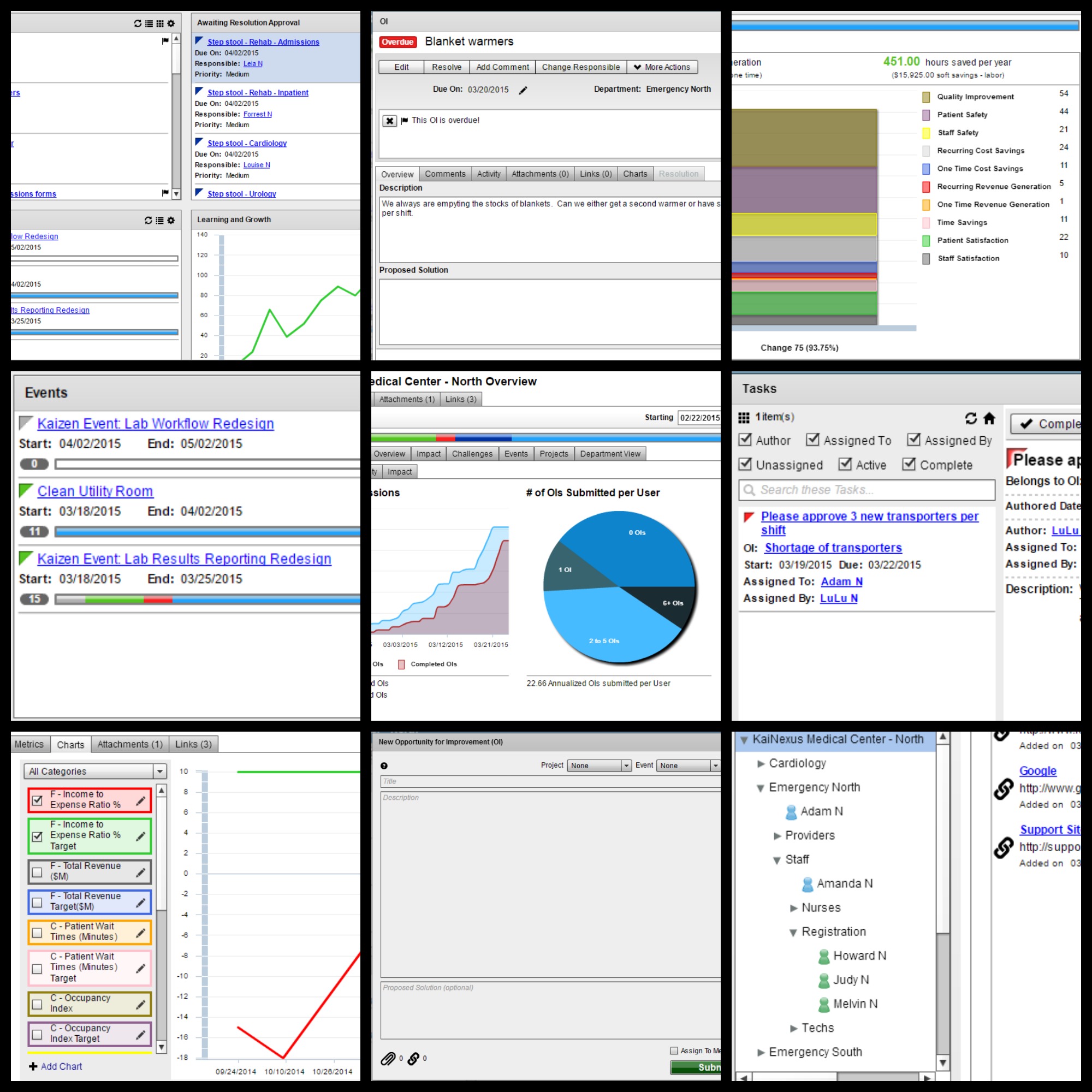 There you go - KaiNexus through the ages. Happy #TBT!