KaiNexus would like to announce the retirement of Allan Wilson. Dr. Gregory Jacobson, co-founder and original KaiNexus CEO, has replaced Wilson as CEO, effective March 1, 2015. 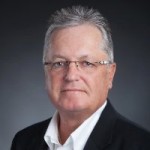 Wilson joined the KaiNexus team in the summer of 2013 after an extensive career in supply chain, lean manufacturing, asset management, condition-based maintenance, and enterprise software. He assumed the role of CEO on January 31, 2014 and worked with Jacobson and co-founder Matt Paliulis to secure a major equity investment and develop a strong leadership team. During his 18 months of service, Wilson accomplished both of these goals and exceeded all expectations.

KaiNexus customers also benefited from Wilson’s leadership.  Under his guidance, Wilson helped expand the KaiNexus platform to a variety of new customers in architecture, healthcare, and manufacturing industries. During Wilson’s tenure as CEO, KaiNexus customers achieved over $50 million of financial impact and identified nearly 8,000 opportunities for improvement.

Now that Wilson has secured the funding, leadership team, and customer breadth necessary to support KaiNexus’ rapid growth, he is stepping down from his role as CEO in order to spend more time doting on his grandchildren, perfecting his golf game, and pursuing his budding career as a crime fiction author. Wilson will continue to contribute strategic guidance as Chairman of the Advisory Board.

Dr. Jacobson will retake the CEO reins as planned to lead KaiNexus into its next wave of expansion.  Dr. Jacobson has been working closely alongside Wilson and he is eager to return to the role of CEO. 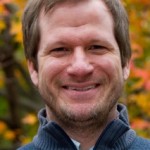 During Wilson’s stint as CEO, Dr. Jacobson served as KaiNexus’ Chief Product Officer, devoting his time improving the KaiNexus continuous improvement platform and planning for the development of KaiNexus 2.0 - a much anticipated upgrade to the KaiNexus platform - to be released in the second half of 2015.

“We create innovative software to bring teamwork and collaboration into the 21st century. I am looking forward to leading the KaiNexus team as we scale our sales, marketing, customer service, and development efforts to align with our rapid growth, ” said Dr. Jacobson.

Check out this video to hear Greg talk about the mission that led to the creation of KaiNexus: