Finding Your Creative Side to Deliver Service Excellence 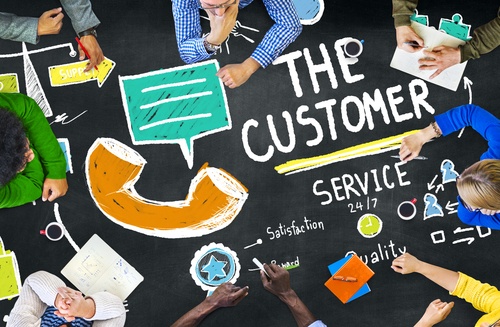 Whether you work in healthcare, politics, construction, or really just about any industry, providing Service Excellence is particularly important for your business.

If you’re not sure what Service Excellence is yet, I invite you to check out our post What is Service Excellence, where we shared our interview with Karyn Ross, the co-author of the Shingo Award-winning book The Toyota Way to Service Excellence: Lean Transformation in Service Organizations, which she co-wrote with Jeff Liker. Ross is a purpose-driven consultant and Lean coach at karynrossconsulting.com and she spoke to our VP of Improvement & Innovation Services Mark Graban, in a recent KaiNexus webinar titled, How to Coach for Creativity & Service Excellence.

In addition to explaining what Service Excellence is and isn’t in the webinar, Ross also spoke about creativity. Ross defines creativity as combining previous knowledge and/or experiences in new ways to generate ideas about how to do things differently. Doing things differently isn’t as impossible as most people tend to make themselves believe. Ross said that many of the products and services once thought to be impossible are now commonplace.

“Think about 30 years ago, 40 years ago, what would someone have said if you would have explained to them that you were going to carry around a small, handheld computer, it had a phone in it and it had a camera in it,” Ross said. “Unfortunately, most people I know don’t think that they’re creative. When I’m doing a presentation or a workshop and I ask people to raise their hand if they think they are creative, do you know what happens? Well, most people look away, or they look down at their feet, or they pretend they haven’t even heard the question. Very few people are willing to raise their hand and say, ‘Yes, I’m creative.’ And that’s actually the saddest thing to me because I believe that as human beings we’re all innately creative, we just were born that way.”

Part of the problem is false beliefs that creativity happens like flashes of inspiration that come out of nowhere like lightning bolts, or that creativity is something that happens to other people.

“I am sure that every single person on the line today has previous knowledge about a lot of things and that they’ve gained that knowledge from a variety of experiences,” Ross said. “That’s a really important concept, because since customers never want to hear the words “I can’t,” what we need to do as coaches is not to just coach people on solving problems and using Lean tools, we need to coach them to rediscover their ability to combine knowledge and experience they gained previously to generate ideas about how to do things differently, which is exactly what we need to do to create the peak services that our customers want.”

Delivering those peak services is, of course, the backbone of Service Excellence, and it’s also a different approach than problem-solving with continuous improvement, according to Ross.

Solving problems with continuous improvement is internally and short-term focused, Ross explained. It is an approach that looks to increase customer satisfaction scores, reduce complaints, etc., instead of focusing on customer experience. In this approach, if a customer has a problem, the thinking is that it needs to be fixed, which first requires finding the root cause.

“This often leads to convergent thinking. Convergent thinking is actually narrowing many different possibilities into a few,” Ross said. “This approach focuses us on breaking things apart instead of actually putting them together.”

Ross continued to explain that continuously improving may seem like a good idea - who wouldn’t want to get better - but the question ultimately becomes who are we really getting better for?

“Unfortunately, the answer that I often see in this kind of approach is that there are a lot of efforts and programs that become internally focused on continuously improving our end results, internal performance and processes. A way that we can often tell that is look at how the KPI’s that are being measured and focused on are worded. If we see wording like, ‘How can we increase customer satisfaction scores; how can we reduce the number of complaints?’ We really can see that we’re not focused on the customer, we’re actually focused on ends, our own internal ends, rather than our customer.”

Alternately, creating peak services for customers, Ross argued, is customer and long-term focused. It is an approach that looks to increase customer retention and satisfaction. It is based on understanding customer’s needs and projecting into the future what those needs might be.

“In my view, creating peak services and delivering service excellence involves taking a long-term system view,” Ross said.  “So creating peak service experiences goes beyond solving problems and continuously improving our own internal processes, it actually asks us to listen deeply to customer needs, and beyond, and really invent the services, products, and experiences our customers might not even know that they need yet.

In order to get organizations to make the shift to creativity and strive toward service excellence, Ross recommends coaching instead of training.

“Most of the problem solving and continuous improvement methods and programs that I see focus on the idea that we need to change people’s minds and thinking first, and once they’re mentally convinced of the benefits they’ll decide to do something differently,” Ross said. “In order to change people’s minds first, one of the approaches that we commonly use is to send people to training. When we send them to training, we give a lot of information and theory up-front, which is a kind of batching as I like to say. Once we’ve given them all of that theory and information up front, we actually send them back to their work area where we expect that they’re simply going to implement what they’ve learned, only to find most often in my experience they go back and continue to work just as they did before, nothing changes.”

As much as we would like it to, unfortunately, the theory first approach of changing behavior just doesn’t work according to Ross. Often times training involves teaching people to make the same response to a stimulus every time, however the situation in people’s work areas isn’t exactly the same as what it was in training, and each situations can be unique.

“What I’ve found is that coaching, daily interaction in which a person learns by doing with support, is much more effective.”

Ross said that for many, having someone helping and supporting them makes it much easier to stay on track and do things differently, and doing things differently enables them to see and experience the results for themselves, which is what changes thinking.

Another benefit of coaching is that the coach can supply small amounts of theory, just at the time it’s needed.

“So instead of making Lean Principles separate things to learn, they’re actually built into each coaching session and the people I’m coaching naturally learn how to turn their ideas into actual realities that fit in with our Lean principles. Lean does not become something extra to do, it is simply the way we do our work.”

In the webinar, Ross walked viewers through the approach that she uses to coach for creativity and service excellence. Ross explained she uses daily 15-minute sessions with the people she is coaching as it allows her to challenge them to move out of their comfort zone into the uncomfortable learning zone. That uncomfortable learning zone is where they are supported and nurtured to be creative and try new things based on their past experiences and knowledge. The daily timeslot also allows her to frequently check that person she is coaching is progressing along at a steady pace.

In chapter 10 of her book The Toyota Way to Service Excellence, Ross talks about her experience coaching the three partners (Joe, Ken and Todd) of National Taxi Limo. National Taxi Limo is a start-up personal transportation service who has the goal of helping their driver partners (owner of small one-two car, independent cab company) flourish, thrive, and grow by becoming better business people.

“One day Joe came to me and he said, ‘Our driver partners are unhappy, and they’re unhappy because they want to be paid within 24 hours just like Uber pays them. Currently we’re paying them once a week,” Ross said. “Uber is a huge company, we’re just a small start-up. It’s impossible.’”

Ross had him write down every single reason he believed he couldn’t pay drivers in 24 hours and bring them back to her the next day. When he did so she asked Joe to pick one from that list, and he chose the obstacle of the company’s bank not being able to transfer money that quickly. Ross asked him to then to come up with a list ideas for alternatives and bring that back the following day.

“The end of the story is that after four days of 15-minute coaching sessions, driver partners were being paid within 24 hours, something that just a few days before had seemed absolutely impossible,” Ross said. “Joe was particularly happy, and he told me the reason why he was happy was that he gained confidence in his own creative ability and he said, ‘Now, I can actually take this thinking and apply it in other situations.’ And many many times in working with National Taxi Limo I’ve actually seen Joe take that thinking and apply it to all of the other challenges that his business has just like any other business.

Once again, if you would like to hear the full interview with Ross, you can view the full webinar here. 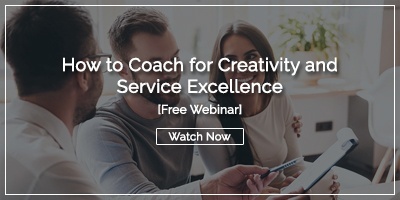