To Get Good Ideas, Identify Lots of Opportunities for Improvement

"The best way to have a good idea is to have lots of ideas." 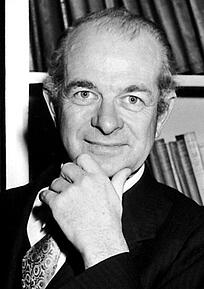 American chemist Linus Pauling is the only person ever aGwarded two unshared Nobel Prizes, and it makes sense that he’d get there by following this principle.

One of my favorite methods of helping people generate new ideas is to give them time to brainstorm. I will give people between five and ten minutes and ask them to write down every idea that comes to mind, any opportunity for improvement that would solve the problem at hand. They are not to edit the ideas in any way, using a free flowing thought process, they are to record any and all ideas that come to mind.

I think Linus Pauling was right, in that the best way to have a good idea is to have lots of ideas. Many of those ideas won’t be feasible or even the solution that one is looking for. However, one of those ideas might work. The thing is, you often won’t find a solution if you don’t have a few “failures” first. Most people aren’t comfortable with this, as they attach too much emotion to the word “failure.”

I would suggest reframing the idea of failure to “lessons learned.” The nice thing about identifying lots of opportunities for improvement is that this sets the expectation that only one or two of the ideas are likely to be workable, allowing people to let go of the negative emotions we associated with failure and to attach a win to the ideas that shine through instead.

Here’s a video in which our VP of Customer Success Mark Graban discusses how to help people identify opportunities for improvement.

"The first step in improvement is to identify problems - to identify opportunities for improvement. One important way we do that is by simply asking people (our employees, our patients, our customers, the people who do the work) "What bugs you? What gets in the way? What interferes with providing the best possible service?" And when we ask, leaders have to make sure that we've created an enviroment where it's safe for people to point out problems. We want to make it safe for people to speak up instead of hiding or looking the other way when problems occur. So we can ask people to point out what bugs them, and all of the little opportunities for improvement add up to make a big difference. We don't need to ask people to come up with big huge projects, or an individual idea that saves a million dollars. We want to help get the ball rolling. Asking people for their ideas and having a good environment that allows them to speak up is key...."

Click here to read the rest of the  video transcript