How About COVID-19 AND the Economy? 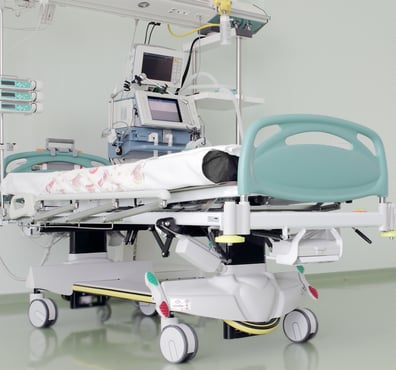 This is a false dichotomy.

I have hinted on this in prior posts, but need to make this topic front and center. We have to shift our thought process here... fast. We have to understand that when we fight the virus aggressively now, we not only ensure that the fewest people die from healthcare overcapacity, but we also ensure that the economy takes the smallest hit possible. They are both immensely important,and they are both inseparable.

You might be saying, "Wait a minute, Greg, you're an ER doctor. Why should I care to read your thoughts on the economy?"

I was raised in the business world, and I have spent as much - if not more - time thinking and practicing business over the last 10-15 years. So hear me out... a maximum virus effort now is our best way to remove the possibility of a horrible economic downturn from the table of possibilities.

It is also worth noting that I'm talking about this under our current situation. There is no question that if we had ubiquitous testing and a well-oiled national (or world) pandemic response, we would not even be having this conversation as COVID-19 would be a small blip on the economy. Unfortunately, that is not our current situation, so let's stick to our current reality.

I think we can all agree that the more the virus affects us as a society, the worse it affects the economy. There is no scenario where we can let the virus grow unabated and keep the economy from taking a huge hit (as we're seeing in New York).

The question becomes - how do we handle this, so we eliminate a scenario where we have both a healthcare collapse AND an economic collapse.

How do we prevent both? Are they linked?

Of course, they are. How well or poorly we address the virus will have a direct, proportional effect on the economy.

The first thing to think about is "effect" - which should be viewed in terms of both severity AND duration. Which is a better path forward? Is it better if the virus affects us more severely for a shorter period or if it affects us for a longer time (albeit less severe)? Of course, this assumes that a less-severe-virus-response will even work. Just remember, we are likely not doing enough right now.

As best I can tell, there are zero epidemiologists or healthcare professionals recommending that we can control this virus by doing less.

When people who are not healthcare experts talk about a strategy of doing less, they are aiming to do less damage to the economy only. They are not creating a plan to also win against the virus. They are arguing that the harm caused by our response may be worse than the virus's damage itself.

Keep in mind, this strategy assumes that we understand the complete nature of how much harm there will really be, but that certainly does not seem to be the case (and we won't even begin to know for a couple of weeks). Right now, New York alone is estimating a 3x shortage of hospital beds. Underestimating the possible negative impact of this virus is a risk we as humans shouldn't take. (To be honest, if the very high probability that New York City situation will propagate nationwide does not give you pause, then you can stop reading now.)

Doing less is the only path forward that includes the highest probably of both healthcare collapse and economic collapse.

The only logical way you could pick this route is you think that people's health outcome is predestined and cannot be affected by the healthcare we provide. If you believe that, then the only decision left is whether we should do more or less damage to the economy. Believing that our healthcare system cannot save lives is moribund, and it is not based on current data. But, more importantly, it is certainly not consistent with fighting human spirit. Our fight against this virus has just begun, and my money is on us as People - hands down, seven days a week, and twice on Sunday (or Saturday). Look at the data. Look at all the places that have had success so far, and those places that are in the process of taking control of their curve!

Ok, back to saving humanity AND the economy. It makes intuitive sense that a quick, severe response will be easier on the economy. For instance, I would much rather have my restaurants closed for 1-month vs. 4-months. So, it is not illogical to conclude that the faster we take hold of our curve, the quicker we will get back to normalcy.

We have talked at length about the Dance. I suspect that the Dance will allow huge parts of our economy to be reopened much quicker, and more responsibly if we truly get a handle on things first.

This is a cool video about how a city in China is doing the Dance, and keeping their economic consequences to a minimum. Don't focus on the specific techniques they use, as I don't think they will all work here. Focus on the concept. We will ultimately figure out what we can and cannot do while still minimizing the risk of ceding any ground in this war to this virus.

As I was formulating my thoughts on this topic, I searched the internet to see if someone had already written about this. I'm sure there are far more articles than this one but, the first article I found is from the Chicago Tribune - "Analysis: US must face coronavirus recession in ‘Lockdown Paradox’: To save economy, shut it down fast." Here is the quote from this article that articulates my point more eloquently:

The interplay between the outbreak and the steps meant to vanquish it reveals a cruel paradox: The faster and more painfully that ordinary economic life shuts down, the faster the health crisis can be solved and the faster people and businesses may gain the confidence to return to normal life. Conversely, a prolonged period of fighting the virus would delay an economic rebound and imperil many small businesses.

An analogy that fellow healthcare people will understand is a disease called necrotizing fasciitis. (If you are squeamish, don't google images.) It's a terrible skin infection that spreads extremely fast and can kill a person in mere hours. (Thankfully, it's rare, so it's not something you have to worry about.) The only way to survive is to cut out the diseased skin tissue as quickly as possible. The infection spreads much further than it appears, and so to make sure you get all of it, you have the operation early, and you need to remove way more skin tissue than appears to be diseased. It feels like we can learn much from this disease as it is similar in some ways to how we are dealing with the Coronavirus.

Let that last one sink in.

I know that it is hard to wrap our heads around this concept, given our instant gratification society. The last thing we want to do is ease restrictions a few days or weeks too early because then our curve will spike back up within just a few short weeks (remember, in this war, it takes two weeks before the effects of whatever we show their effects). This rise and fall of virus surge and healthcare system overloads will change our curve to a sine wave.

So if you really want to kill the economy, get us into a sine wave. Can you imagine if we have to go through escalating and receding restrictions over the next 6-12 months???