Lessons on Lean from the Spurs, and How to Get Staff On Board

If you haven’t checked out the KaiNexus webinar series Ask Us Anything yet, we would like to invite you to have a look here. In it, our CEO and Co-founder Greg Jacobson joins Mark Graban, our Vice-President of Improvement & Innovation Services and founder of LeanBlog.org, to answer questions from KaiNexus webinar watchers and continuous improvement knowledge-seekers just like yourself.

Continuous Improvement Lessons from the Court 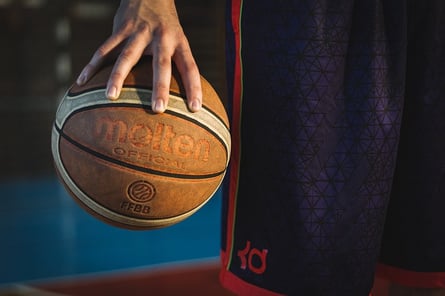 In episode 12 of Ask Us Anything, Jacobson and Graban spoke about continuous improvement in a way that will resonate with sports fans. Both Jacobson and Graban are fans of the San Antonio Spurs basketball team, and explained it is easy to find lessons in Lean principles while watching the game.

“I was thinking about, why I love the Spurs and why has it become more meaningful to me as I’m going through my continuous improvement journey. The Spurs are just a great example of applying a discipline, and creating a system, and then believing in that system and recognizing that if they follow a process, that the results will be a side-effect, so to speak, of that process,” Jacobson explained. “You don’t get to the playoffs 19 seasons in a row because of random events.”

Jacobson recently read an interesting statistic that said the Spurs only have three players in the current roster that were top-30 draft picks, which he said shows how, when working with a system and working through a process, the sum becomes greater than the parts.

Graban brought up a recent Spurs game against the Golden State Warriors, which the Spurs ultimately lost, but only after a strong start to the game.

“The Spurs jumped out to a 15-0 lead, they were ahead 23-3, the fans were going crazy, the players seemed to be enjoying it, and there was Coach Popovich, he was just scowling.”

Graban paused the game to share the observation with his wife and ask her why the coach, Gregg Popovich, couldn’t enjoy the lead.

“I think for one, he never gets too high, or too low, there’s kind of a calming, mellowing effect either way,” Graban said. “I’m sure there was something that he saw—when you speak of continuous improvement and striving for perfection—there was something he saw about the way they were playing that made him unhappy, and I think there’s that relentless drive to continue to identify something.”

“It’s this constant focus on the process and not the outcome that makes him a great coach, and leading a great organization. That’s what he was focusing on, he wasn’t focusing on what the score was at that moment,” Jacobson added.

Reflecting the lesson back to workplaces, Graban said that a lot of organizations only react and troubleshoot when they get a bad result. But, like the Spurs, organizations would benefit from ensuring they don’t have a bad process and happen to get good results, because if they do, maybe that’s luck and it’s going to run out.

“I saw last week, the Vice-President of Quality from one of the Dallas hospitals talking about the need to focus on the process and not just react to results,” Graban said. “And you do that through checklists. We use a checklist to prepare for these webinars - there’s that relentless focus on the process and preventing problems instead of just reacting more quickly. I really appreciated his comments.”

Jacobson wrapped up the discussion by saying, “Continuous Improvement is not sexy, it’s just the disciplined way to end up with a really high-functioning organization. Whether that organization is a hospital, a summer camp, a software company, or even your family and you as an individual, a disciplined approach will have really satisfying results in the end.”

The first listener question Graban and Jacobson answered came all the way from Malasia. Benny, an industrial engineer, asked about culture change, as he feels the operators in his factory don’t want to engage in an improvement program as it doesn’t benefit them. Benny asked how to change that culture and convince employees that it’s a win/win for them.

Benny added that the working culture in Malaysia is different from what he had heard exists in Japan, where workers participate in continuous improvement - as they see it as an achievement - and no rewards or prizes are needed to motivate them.

Graban, who has been to Japan a couple of times began his answer by recalling when he visited Toyota. Graban and the others on his tour asked their guide, a woman who worked in the public affairs department, if she had gotten to implement a Kaizen. She replied that she had, showing them the hook where she could put her bag at each stop of the tour. Those hooks were her Kaizen idea, which was purely self-motivated as she didn’t want her bag to get dirty, Graban said.

“I think there’s an important lesson there, whether it’s Malaysia, or what I’ve seen with hospitals in Thailand, or organizations in the US. The way you show employees that Kaizen is win/win, is you ask them to come up with ideas that would be a win for them. That ends up being a win for the organization because you seek out those opportunities,” Graban said.

Jacobson agreed, adding that he likes to ask employees what frustrates them at their workplace as it’s an easy place to start.

“What we see, almost invariably, is that if you look at the categorization of the improvements that are implemented in that first year, staff satisfaction takes an overwhelming majority of the percentage. We often see over 50% of all improvements in that first wave. Then, if you keep tracking over time you start seeing things like safety, quality, and finance following because they kind of got rid of all the things that were bothering them,” Jacobson said. “And I don’t know if it’s a cultural thing because we also know plenty of places in Japan that aren’t doing Kaizen well at all.”

“We go looking for win-win, and even if we err on the side of it being only a win for the employee, a lot of times really that ends up being a win for the organization,” Graban said. “Then, over time, you discover they are coming up with ideas that very directly save money, which I think is different than organizations that focus too much on asking people to do cost cutting. That doesn’t engage people the way finding something that makes your work easier engages people.”

Graban added that there are two false mental models that organizations and leaders often have before they start with Kaizen: The first is that they must make continuous improvement mandatory. However, if organizations invite people to work on problems that matter to them, they can then tap into the intrinsic motivation mentioned above.

The second false belief is that they need to give incentives for completing improvements.

“If leaders are engaging people in this Kaizen style, people will participate because they want to, because it’s interesting, it’s in their self-benefit, and sometimes the idea of doing rewards or incentives just becomes a bureaucracy that becomes a distraction or gets in the way,” Graban said.

Jacobson made the point that this is different from having a target or a goal - a target being a positive thing, whereas mandatory participations or quotas have negative results.

“I think there’s a difference between an aspirational goal and a quota. If you don’t reach an aspirational goal you learn from it, you adapt, and you move on. When you’ve got a quota and people fear getting in trouble for not hitting the quota, that’s where things get really dysfunctional,” Graban said.