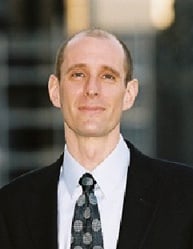 We’re really looking forward to the webinar that Dan Markovitz will be presenting on October 13, based on his new book Building the Fit Organization. We hope you’ll join us - register today.

The corporate landscape is littered with the carcasses of failed lean initiatives.

In some respects, this is surprising. Just about everything there is to know about lean has been revealed by now. Countless books, articles, and seminars provide business leaders all the information they need to understand how lean works and how effective it can be when fully implemented. There are not a lot of secrets about lean anymore. Why, then, do so many companies fail in their pursuit of operational excellence?

I would argue that one reason is because they’re worshipping at the church of Toyota. Legions of companies around the world make pilgrimages to the head office in Japan to learn Toyota’s secrets. They purchase books by the scores on the Toyota Way as it applies to leadership, culture, healthcare, product development, and other fields. And yet they still prove unable to copy their way to success.

It sounds heretical, but trying to be like Toyota is a mistake. And one of the core aspects of this worship is the reliance on Japanese, on lean jargon, and on Toyota itself as an example of precisely what to do. What we need to do instead is learn from Toyota—learn how to convert our competent organizations into dynamic, constantly improving, profoundly customer-focused entities.

When we embark on the lean journey, we ask employees to think, act, and work differently. This is not a trivial request. But then we make it more difficult than it has to be by placing intellectual hurdles in front of them: we talk about Toyota, which inevitably results in people disengaging. (“We're a hospital. We don’t make cars. Why are you telling me about a car company?”) We use Japanese words like muda, muri, mura, and gemba, instead of perfectly fine English words. We use clunky English jargon like 5S in which the words don't necessarily mean what we think (“shine” doesn't really mean “shine”). In fact, I believe that the reliance on this language is partly responsible for the prevalence of implementations that are really more “L.A.M.E.,” as Mark Graban has dubbed it.

We need a new language that’s more approachable and less alienating for people. We need to demystify lean and take it out of the rarified halls of the sensei (or, God help us, the lean six sigma black belt). We need to couch the essential principles in a language and an experience that anyone can relate to. We need to create a gentler cognitive onramp to operational excellence.

The upcoming webinar, Building the Fit Organization, is based on my new book of the same name. It distills the critical principles from Toyota’s lean playbook and grounds them in the easily relatable language of personal physical fitness. The webinar draws a parallel between the critical principles for business “fitness” and the principles for physical fitness—because the same concepts that make for a fit person make for a fit company. At the end, you’ll have a new language and a new set of metaphors to use when you talk about lean, and you’ll be ready to make your organization faster, more competitive, and better able to win in your market. 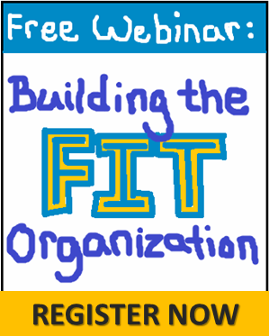 Dan Markovitz is president of Markovitz Consulting, a firm that helps organizations become faster, stronger, and more agile through the application of lean principles to knowledge work. His first book, A Factory of One, was honored with a Shingo Research Award in 2013. His new book, Building the Fit Organization, will come out in September.

Markovitz has published articles in the Harvard Business Review blog,Quality Progress, Industry Week, Reliable Plant, and Management Services Journal, among other magazines. He will be a keynote speaker at the Lean UK Summit later this fall, and keynoted both the 2015 Lean Island Conference in Reykjavik, and the 2015 Printing Industry Association National Conference. He’s also a regular presenter at the Association for Manufacturing Excellence National Conference and the Outdoor Industry Association Rendezvous.