Strategy Deployment Lessons in Rogue One: A Star Wars Story 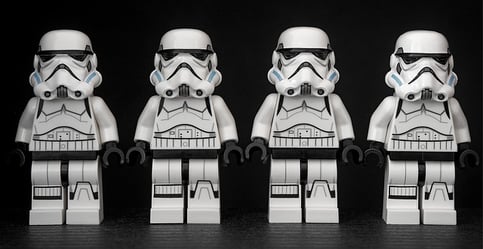 The internet has been abuzz with talk of the newest Star Wars movie. Rogue One: A Star Wars Story, tells the story of how the Rebellion so desperately stole the plans for the ultimate battle station, the Death Star, that Luke and company destroyed in 1977’s Star Wars IV: A New Hope.

Proceed with caution, because there are movie spoilers below! If you haven’t seen Rogue One and don’t want to be spoiled, bookmark this page and come back after viewing! Now that you’ve been sufficiently warned, we can continue.

Well, what exactly does Star Wars have to do with Strategy Deployment you ask? I wasn’t sure there was a connection either, at least until I read “The Connection Between Catchball and Culture” the other day.


Hoping for the Best

In the post, KaiNexus’ own Maggie Millard discusses that hope is not an effective tactic for strategy deployment. She says “When people are involved in the process of strategy deployment, they are much more emotionally invested in achieving the objectives and highly likely to become engaged, instead of simply announcing the goals and hoping for the best”

Being a huge Star Wars fan and seeing Rogue One on opening night, this discussion of hope got me thinking. In the film, as the audience gets to know the protagonist, Jyn Erso (played by Felicity Jones), we find out that she struggles to find purpose and believe in the cause of the rebellion. We also see hope as one of the recurring themes in the film.

Cassian Andor (Diego Luna) tells her that “Rebellions are built on hope”. Later on, Jyn states the same thing during a High Council meeting of the Rebel Alliance, hoping to gain enough support for an attack on an Imperial Base to steal the Death Star plans. Despite her impassioned plea, the council is split and filled with indecision, unable to move forward with the attack. As the audience, we know that these plans are crucial and without them, the Rebellion is doomed to fail.

The same could be said for the leaders of a Lean organization. By wavering on commitment and failing to commit to a strategy, an organization will stay stagnant. A half-hearted measure without strong leadership commitment, whether an attack on the Empire or a commitment to Strategy Deployment, is doomed to fail.


The Difference a Leader Can Make

In the aforementioned post, Maggie wrote that “When people are involved in the process of strategy deployment, they are much more emotionally invested in achieving the objectives.” This isn’t just about buy-in at the executive level. Leaders throughout the organization need to believe in the strategy as well.

In the film, we see that enough soldiers agree with Jyn that they are able to steal a transport and sneak onto the Imperial-occupied planet. With our heroine leading the way, everyone is determined to either complete the mission or die trying. Through their impassioned leader Jyn, the team is invested in their own success, giving that extra effort at every step of the way. One by one, Rebel soldiers fall, but not before completing their objectives. Jyn and company’s selfless and possibly suicidal acts were even enough to get the entire Rebel fleet involved.

Strategy deployment throughout an organization may not hold the same stakes, but a skilled and invested leader can engage their employees and push them to do better, generating ideas and building them toward a great purpose.

In Rogue One: A Star Wars Story, hope was the catalyst that gave Jyn purpose in her life and brought a fractured group together toward a common objective.

Want to talk Star Wars (or Strategy Deployment?) Comment below to see what others think! 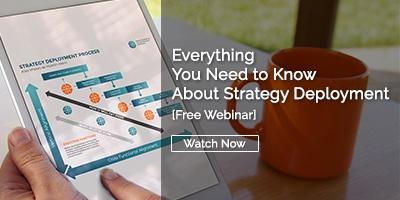