Webinar Preview: A Chat with Oscar Roche About TWI & Kata

I'm really excited to be hosting a webinar that's coming up on Tuesday, August 14th at 1 PM ET:

TWI and Kata: Skill Patterns to Develop a Culture of Coaching

Oscar Roche and Jim Huntzinger of Lean Frontiers will discuss how learning and developing the skills provided by the practices of Training within Industry (TWI) and Kata behaviors will develop good coaching practices while simultaneously developing the culture and actual practice of process improvement in your organization.

I hope you'll join our presenters: Jim Huntzinger, president and co-founder of Lean Frontiers, and Oscar Roche, director of the Training Within Industry Institute for Australia and New Zealand. Click here to register.

Recently, I had the opportunity to talk with Oscar about the webinar, which was shared in our podcast series, with a transcript following below in this post. 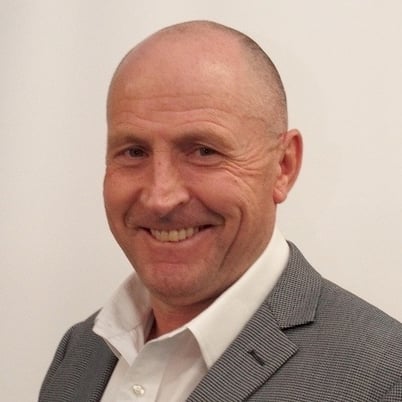 Mark Graban: Oscar, thanks for joining us. How are you?

Mark: Can you start off by introducing yourself, your background, and your career? It begs the question, hearing your voice: where are you from?

Oscar: [laughs] Yes. I'm from the other side of the world, clearly, down under. I have a background in food science and technology. That was the degree in science I did in the mid-'80s. How much I use that now, very little. I think I use a lot of the principles from it, and how it's emerged.

It's interesting how the scientific thinking that emerges from the Toyota Kata patterns has a basis way back then. I certainly couldn't see that coming. The first 20 years or so, I had various manufacturing roles in the food industry, production management, manufacturing management, site management. Then, I set up my own business in the early 2000s.

At age 35, I had nothing to lose and could afford things to go wrong for 12 months, so I took the punt to do that. Initially, we were just doing compliance and project management type work. Then we got into visual workplace concepts and helping customers and our clients set up visual thinking. That was done through a lot of help with Dr. Gwen Galsworth.

In 2010, I was handed the book Toyota Kata. In 2009, I read an article about TWI, and it made a lot of sense. There's a long story behind that. I investigated that further, traveled to the States, and then set up the TWI Institute Australia and New Zealand as a global partner in 2010. That really represents probably 50 to 80 percent of our work now.

In 2010, was handed the book Toyota Kata by a respected colleague and told that I should read it, which I did. That's had a tremendous impact on the way I think, and really changed the way I operate. I am very left-brained and project-oriented. That's moved me to a probably -- still very left-brained, I will never change that -- different application of the left brain.

We've been then practicing that since 2010 and helping customers and our clients really bring those two together, those two patterns, the TWI thinking and the kata thinking together, Toyota Kata.

Mark: In the webinar, you'll be talking about the connections between the two. Maybe just to establish, at a real high level, these two different approaches, what is Training Within Industry, or TWI?

Oscar: It was given birth to during the Second World War by the War Manpower Commission in the U.S. Essentially, what they identified was that the front line supervisor, or the new leader, has five needs for effective leadership or effective supervision.

Then there was a 40- to 50-year delay in the late 1900s, where it really wasn't focused on at all in the Western world. Towards the end of that century, we started to see the expansion of lean and continuous improvement, and noticed that most companies were not very good or very successful at it. We started an examination as to why that might be.

We went back to Japan, studied their success compared to ours, and tried to understand the gap. One of the things that was identified there was that the successful Japanese companies had built a foundation on respect for people and standardization. Two of the TWI skills were very, very prevalent in those organizations, that being job relations, the skill of leading, and job instruction, the skill of instructing.

Due to that, TWI started to have a reemergence in the late 1990s. The institute was reformed back then and has grown a lot, to the point now where there's about 10 people operating out of the institute in America. There's about eight or nine global partners around the world, of which we're one, covering Australia, New Zealand, and Southeast Asia.

Mark: It's a really fascinating history of this being an American methodology that was invented at a certain time to solve certain problems, one that's been spread and exported around the world and keeps bouncing back and forth, some of the universal skills, as you were saying, that are beyond helpful, necessary for success, right?

Oscar: Yeah, and I find it very interesting. I've done not as much reading as many, but I've done some reading of the original material. What fascinates me is I read that material. The way it's written, what's written, and the points that are brought up, I look at it and think, "Wow, in 70 years, I really don't think we've got any better at this." I find that fascinating.

We tend to move on and think we've developed. In a lot of ways, we do, in manufacturing and service. As I say, I look at the stuff that's written in typed documents, and the words that are there talking about issues that are just as great today, and we've really not got a lot better at. I find that very interesting.

Mark: Part of the universal applicability of approaches like this includes health care. For people listening who are in health care and hear something called Training Within Industry, even going back to World War II, there are nursing journal articles talking about the application of TWI methods in improving direct patient care.

When you read some of the problems that they were dealing with, nursing not being able to find the supplies they needed, and things that were getting in the way of work, those are still problems people are battling today.

Oscar: Absolutely. The name implies that it's for manufacturing, but as you said, it's got wide applicability in health care. One of my fellow directors over here, one of his main customers is a county council who are supplying a service to the residents in the county. The TWI skills are just as applicable in that organization as any manufacturing one. We're seeing a lot of evidence of that.

Mark: Let's talk briefly about Toyota Kata. You mentioned Mike Rother's book. How would you describe that approach, at a high level?

Oscar: A bit of the background. We work quite closely with Mike. My understand of what gave birth to that book was a frustration, or a curiosity, if you like, as to why most organizations in the '80s and '90s didn't sustain lean improvements and didn't sustain their implementations -- I hate that word -- of lean.

Mike was intrigued by that. He's conducted research between 2004 and 2009 where he was asking the question within the Toyota plants he had access to as to what were they doing behind the scenes, the things we couldn't see, that allowed them to sustain and continue the pace of improvement and sustain the gains they made.

What he discovered during that time was there was two fundamental patterns. One was a pattern of improvement, and one was a pattern of coaching used by all levels of management. As a consequence of that, he wrote the book Toyota Kata in 2009, within which those two patterns were clearly identified.

It's really from that book that we've now come to use the term kata, really referring to the patterns that are identified in there. As I said earlier, the two came together for me. I could see them coming together for me 2011.

Really, since then, I've seen more and more and more examples within our own work, and within our clients' work of the TWI and kata patterns coming together, to the point where they're integrated. It's not black and white. There's a lot of gray overlap is the way I like to describe it.

Mark: We'll definitely hear more about that on August 14th, when you have time to go into a little bit more detail, and to explore, like you said, that gray area, the overlaps, the complementary nature of these different approaches to management and improvement.

Again, today we've been joined by Oscar Roche, who's going to presenting, along with Jim Huntzinger, a webinar titled TWI and Kata -- Skill Patterns to Develop a Culture of Coaching. Again, you can register for that at www.kainexus.com/webinars.

Oscar, thank you so much for joining us today. Thanks in advance for the webinar.

Oscar: No problem at all, Mark. Thank you for the opportunity.