What Do Lean and Improv Have In Common? 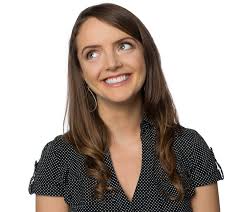 “Yes, and” - A shorthand phrase that means to first accept the current reality as it is, and then to make a decision and build something based on this reality. Although this concept might sound very similar to certain aspects of Lean, it is actually the backbone of improv comedy. Improv comedy is the art of performing something invented on the spot. Although it can sound rather intimidating, “yes, and” sets a foundation of trust so that performers can become comfortable enough performing with one another even when they have no idea what’s going to happen next.

Our friends over at Gemba Academy recently published a podcast about how the tenets of improv comedy can be used to promote improvement. Ron Pereira was joined by guest Mary Lemmer, an improv comedian who runs leadership training sessions for entrepreneurs and business executives using improv fundamentals and behavioral psychology. As an improv comedian myself, I have often seen clear links between my improv practice and the basic principles of lean, specifically in the idea that people need to feel psychologically safe in order to try new ideas. I was excited to see how Lemmer articulated the connection.

Listen to the Podcast Here!

Lemmer’s central argument throughout the podcast was that improv can be used as a tool to practice new ways of being. She explains that people, including leaders, tend to have trouble stepping outside their comfort zone, restricting them from being able to get new results. By utilizing the improv tenet of “there are no mistakes in improv,” she is able to lower the stakes and increase psychological safety, allowing people to feel more comfortable embracing the imaginative exploration of new patterns of behavior, which leads to growth and change. She clarifies that there are always consequences in improv, but by being fully present, we can notice what is happening and watch the ripple effects that are put into play, allowing us to constantly adapt to the new information.

Lemmer explains that through improvising, people are able to experiment with different characters, power dynamics, and communication styles, allowing them to expand their toolbox with new strategies they didn’t know they were already capable of using. In one of my favorite moments, she explains that many improvisers express finding freedom from the art form, learning they are good enough as they are.

It is my belief that to build a successful culture of continuous improvement, you must also create a psychologically safe environment where people believe that they have intrinsic value. When I was teaching improv, the first thing I did with every new class was an activity where everyone had to go up on stage and say only two lines. These classes were filled with students who had never heard of improv before signing up, let alone participated in a workshop. But through this activity, they were each able to realize one by one that there was nothing scary on the other side if something went “wrong” and that they were already adept at finding humor and building on it, the skill people are most afraid they don’t possess.

It is human nature to want to participate in a culture of continuous improvement, but the part we often forget is how essential it is to create an environment where psychological safety is a given.