The Impact of Prescription Drug Pricing on the Quality of Healthcare 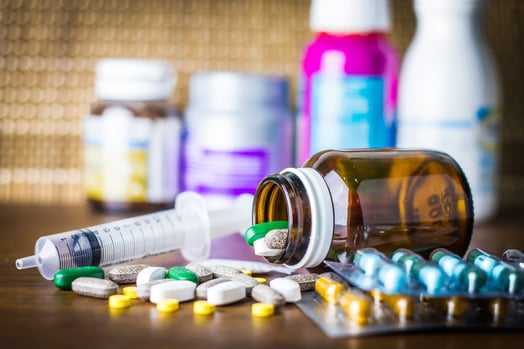 You know how, when you’re at the doctor and they’re filling out a prescription for you, they ask which pharmacy you use? The implication is that you always use the same pharmacy, presumably because it’s more convenient than the others.

The problem is, you have no way to know how much the drugs cost at each pharmacy while standing in the doctor’s office. You have to go home and research - and when you’re sick, that’s the last thing you want to do.

Why aren’t these prescriptions a standard price? How come you can get something filled for $20 one month and it’s suddenly $140 the next - unless you call around, in which case you might find that it’s $10 somewhere else?

I’m the CEO and Co-Founder of the continuous improvement software company KaiNexus, but I’m also a practicing ER doctor in Austin, Texas (my employees lovingly refer to KaiNexus as my side-hustle). As a result of my medical background and experience in this area, I have an interest in the impact of continuous improvement (or lack thereof) in the healthcare industry.

A few weeks ago, I was hanging out with my friend Colby Evans, MD, a dermatologist here in Texas, when he started talking about the problems with drug delivery and pricing in the US. I immediately started forming connections in my mind between what he was saying about the industry and what I know to be true about quality, improvement, and patient care - and I knew I just had to get him on the KaiNexus podcast to talk about this with me.

You can listen to the interview here (and don’t forget to subscribe to the podcast!).


A native Texan, Dr. Evans completed his medical degree and residency in dermatology at the University of Texas Southwestern Medical Center in Dallas. He is the immediate past Chair of the Board of the National Psoriasis Foundation and the current Chair of the American Academy of Dermatology’s Drug Pricing and Transparency Task Force. Dr. Evans is is a four-time Texas Monthly Super Doctor and was the 2012 Teacher of the Year at the University of Texas Austin Medical School dermatology residency program. He is frequently referenced as an authority on skin disease in local and national publications.

See a listing of the articles in which Dr. Evans has been featured.

Listening to Dr. Evans talking about drug pricing really piqued my interest because, as an ER doctor, I’m constantly writing prescriptions for my patients - but I’m fully aware that I have no idea what these drugs are going to cost them.

When quality of care is determined by whether or not you’re meeting the needs of the patient, and value of healthcare is calculated by dividing the quality of care by the price of treatment, how am I supposed to be providing high-quality care at a good value? How do I meet the needs of patients when they can’t afford the medications they need?

Unfortunately, last year over 4 million patients walked away from a pharmacy without getting their prescription filled because that drug was too expensive, and so we have 4 million situations where patients might have an infection that goes untreated, might be more prone to a chronic disease like a heart attack or a stroke, or might face other suffering simply because once they got to the pharmacy they couldn’t afford their drugs.”

A 2015 report from the National for Health Statistics found that 8% of adults in the US don’t take their medications as prescribed because they can’t afford them. When looking at people under the age of 65, the study found that 6% of people with private insurance skip their medications due to cost, compared with 10% of those on Medicaid and 14% of uninsured people. These statistics are even more abysmal among America’s poorest adults, a whopping 14% of whom don’t take the medications they need as prescribed in order to save money.

The issue of drug prices is something that impacts all of us. Even if you’re not in the position of being unable to afford the medications you need, it’s likely that someone you love is - if not now, then at some point in the future). Aside from the emotional aspect of prescription costs impacting someone’s quality of life, soaring drug prices have a tremendous impact on our national expenses as well.

Clearly, this is where a big chunk of our tax dollars are going. But what is the money getting us?

So, what’s going on right now with drug pricing variability?

There have been extraordinary examples in the news where companies have increased the price thousands of percent. For example, Dr. Evans cites when Valeant Pharmaceuticals acquired the heart medication Isuprel and increased the price by 525%, which they were able to get away with because they bought the only manufacturer of the drug and eliminated any competition. Similarly, Turing acquired Daraprim (a 62-year-old drug that’s the standard treatment for a parasitic infection) in 2015 and increased the price from $13.50 a bottle to $750 an increase of 5,000%.

With prices skyrocketing like this, it’s no wonder that the Center for Medicare and Medicaid Services (CMS) estimates prescription drug spending will grow an average of 6.3% per year between 2016 and 2025.

Ultimately, what it boils down to is that our system is not designed for value. There are simply too many barriers to providing high-quality care at an affordable cost baked into the system. For example,

Last year, the Government Accounting Office did an audit of Medicare Part D to understand more about price increases. They looked at over 1,400 drugs that Medicare bought from 2010-2015, and found that the number one cause of price increases of over 100% in one jump was a lack of competition. Dermatology drugs represented 8% of that basket of drugs but represented 46% of the extraordinary price increases - drugs that come in creams or ointments were way over-represented - the area that really peaked Dr. Evans’ interest.

For example, Dr. Evans frequently prescribes Doxycycline, a common antibiotic that was on the $4 prescription list at Walmart, for things like acne. All of a sudden, his patients started coming back saying they were being charged $300 or $400 for the month’s supply instead. That wasn’t in the news, we didn’t know why - and then one day the patients couldn’t get that drug anymore.

Similarly, I’ve used Compazine (a generic drug that has been around for a long time) in the ER to alleviate patients’ migraines. All of a sudden, the hospital was out of it - and I eventually found out that it was because it had gotten too expensive due to the interplay of not many manufacturers of generics and the complexities of FDA approvals.

Dr. Evans says that “Medication shortages are a huge problem associated with monopolies or duopolies. If there’s only one or two manufacturers and they have a problem like a fire at factory, a labor dispute, or simply decide to quit making it because it’s not profitable enough - then you have a shortage of that drug, and it can take a long time for other manufacturers to get FDA approval to make that drug and ramp up production.”

This, of course, has a significant impact on a doctor’s ability to provide high-quality, high-value care.

Currently, there are not enough manufacturers of bicarbonate, and orders have been on hold for years. The limited remaining supplies are (rightfully) being saved for more complex procedures like heart surgery - but that results in a much more painful experience for everyone else.

In an open-market healthcare system, why are there only 1-2 producers of generics like bicarbonate? This is baking soda, people. It’s not rocket science.

Part of the problem is that the FDA process to bring a new generic to market is 3-4 years. “Even if it’s an existing molecule that we’ve been using it for a long time, you still can’t start making it right away,” said Dr. Evans. “If someone stops manufacturing the drug, you get a monopoly, and then the price skyrockets.” The result is a cycle of rises and falls in drug pricing; when there are lots of manufacturers, the price drops, which causes them to stop producing them. Then someone gets a monopoly and the price skyrockets, which prompts others to eventually get approved to manufacture the drug, which starts the cycle over.

Some FDA reform is part of the solution, sure, but if this were an easy problem to solve, it would have been solved already.

Dr. Evans says that the FDA definitely needs to accelerate approval of old, generic drugs - while of course doing that within their safety mandate.

Another part of the solution is informing doctors, PAs, NPs, and all other medical providers that this is a big issue for patients so that they can use techniques to help patients when they leave the office.

For example, Dr. Evans has little stickers he puts on the prescriptions he writes, saying that if they get to the pharmacy and find that it’s really expensive, not to buy it. Instead, they should call and tell him so that he can investigate and try to find them a more cost-effective medication.

Part of the problem, too, is a shortcoming of electronic medical records. When you show up at the pharmacy, they immediately know how much you owe; why can’t the doctor access that same information? Why doesn’t a red notice pop up on the screen telling the prescriber that the medication is going to cost the patient an exorbitant amount of money? The truth is, Dr. Evans notes, that it’s sometimes in the best interest of the pharmaceutical companies, PBMs, and pharmacies for the doctors NOT to know.

This leads us back to that lack of transparency. So much in drug pricing happens behind a curtain. The public and politicians don’t know who is making money in which direction and who has incentives to do what. The end result is that the patient does not get the best medication at the best price. More transparency in the whole process would open the books to show if someone isn’t doing what’s best for the patient, and allow for improvements to be made.

We need to find a way to ensure the patient is at the center of the healthcare system.

One solution suggested by Dr. Evans is to price compare different medications online sources like goodrx.com. Since different pharmacies charge different prices for different drugs, it’s important to shop around to know you’re getting the best price. At the very least, call your doctor and ask if there’s something else you can take when you’re quoted a high price at the pharmacy. Many patients make the mistake of thinking that their only options are the buy medication they can’t afford or not treat the illnesses for which they were prescribed, but talking to your doctor about the problem may turn up a third option - paying for a cheaper prescription.

Ultimately, it’s up to both patients and prescribers to get involved in advocacy and force change. Prescribers can force the system to prioritize high-quality AND high-value care by talking to legislators and empowering patients to speak up.

In the end, patients not being able to afford their medications hurts everybody - and it’s time we spoke up to do something about it.