A Call For a Fundamental Change to Our Medical Culture 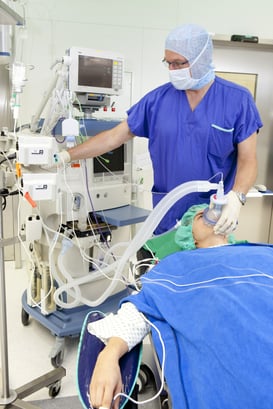 We all know this to some degree - that hospitals make mistakes, that people die unnecessarily - but the fact remains, that “health care is a decade or more behind many other high-risk industries in its attention to ensuring basic safety.” To understand why, we need to dive into understanding our medical culture.

“When I talk to medical students today, many of them have this look in their eyes - that they’re pristine. They’ve never made a mistake, they never will. Of course, until it happens.”

He goes on to say that we send each doctor out into the world bright-eyed and bushy-tailed with the admonition, “be perfect. Never ever, ever make a mistake…and I came out of medical school with the impression that if I memorized everything and knew everything, or as much as possible, as close to everything as possible, that it would immunize me against making mistakes.”

But of course, no amount of studying will overcome exhaustion. It can’t stop you from rushing, losing focus, or missing what’s right under your nose. It can’t make you ask the right questions, and it can’t hone your gut instincts.

Do you know what it would take to reduce the number of preventable deaths resulting from medical errors? To answer that, we first need to understand how we deal with those who make mistakes - with how we deal with ourselves when we do.

Dr. Goldman’s radio show White Coat, Black Art focuses on these mistakes. He brings doctors on to the show and asks them point blank to tell him their biggest mistakes. He says “their pupils would dilate and they’d recoil. Then they’d look down and swallow hard, and start to tell me their stories,” running the gamut from medication errors to misdiagnosis with trivial to deadly consequences.

When I first heard that, I thought “Yikes, that must have made the doctors really uncomfortable. Did any just refuse to tell him, or make up piddly insignificant mistakes like in a job interview when you’re asked what your greatest weakness is?”

I was pretty surprised when Dr. Goldman went on to say

Goldman then goes on to talk about healthy shame versus the unhealthy shame that exists in our culture of medicine. Goldman describes healthy shame as when you make a mistake, feel bad about it, and recognize that you learned a lesson and will never make that mistake again. The unhealthy kind of shame - like he felt with this patient - is the kind of shame that you can’t talk about with your colleagues, it makes you so sick inside. It’s the feeling that says, not that what you did was bad, but that you are bad. Eventually, you push it aside and redouble your efforts to achieve perfection -  until it happens again.

In an interview with Guy Raz on the TED Radio Hour, Dr. Goldman said that it took decades - DECADES - before he was willing to talk about his first, worst mistake publically - because when doctors make mistakes, they feel alone, ashamed, and unsupported.

“If I can’t come clean and talk about my mistakes, if I can’t find the still small voice that tells me what really happened, how can I share that with my colleagues? How can I teach them about my mistake so that I don’t do the same thing?”

And of course, this isn’t just Dr. Goldman. As he points out in his TED Talk, “When was the last time you heard somebody talking about failure after failure after failure? Oh yeah, you go to a cocktail party and you might hear about some other doctor, but you’re not going to hear somebody talking about their own mistakes. If I were to walk into a room filled with my colleagues and ask for their support right now and start to tell them what I’ve just told you, I probably wouldn’t get through two of those stories before they would start to get really uncomfortable, somebody would crack a joke, and they’d change the subject.”

Most of the greatest successes in medicine come from failure. “Wonderous treatments exist today on the backs of people who died.”

Dr. Goldman calls for a fundamental change our medical culture. “It starts with one physician at a time. The redefined physician is human. Knows she’s human. Accepts it. Isn’t proud of making mistakes but strives to learn one thing from what happened that she can teach to somebody else…” He says that we need to develop a medical culture that “fosters in a loving, supportive way places where everybody is observing can point out things that can be potential mistakes and are rewarded for doing so and rewarding people for coming clean.”

This, my friends, is a fabulous dream.

When I joined the team at KaiNexus, I did so because of the burning passion Dr. Jacobson, our CEO and co-founder, had for improving our healthcare system. Actually, I think you could ask any member of our team, and they’d probably tell you some variation of this same thing. This passion for improvement is what created our company - and it’s what keeps all of us here burning the midnight oil.

KaiNexus makes that vision Dr. Goldman has for the future - a safe place where people are recognized and rewarded for identifying potential problems, eliminating possible risk, and raising their hands to share lessons learned from mistakes - a reality. It gives every person in the hospital access to a platform in which they can share knowledge across the hospital so that others may learn from every mistake.

In his talk, Dr. Goldman says “They say you never forget the names of those who die.” You learn lessons from what happened, and you don’t make the same mistake again. With KaiNexus, that knowledge is transferred beyond the initial incident so that every mistake has a ripple effect of improvement throughout the organization.

Download this free eBook to learn about the leadership behaviors that foster a culture of improvement.