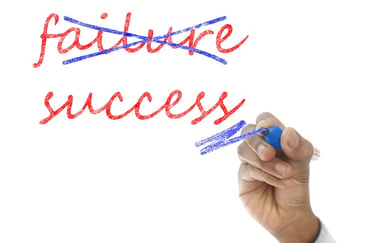 Have you ever had a project fail miserably, only to find out - too late - that there were people on your team who predicted exactly what would go wrong?

Cognitive psychologist Gary Klein is an author, researcher, and entrepreneur who has found that when projects fail, there were often people on the front line who knew not only that it would fail, but also how it would fail. They just didn’t speak up, or their voices weren’t heard. He has come up with a useful exercise anyone can use to prevent such failures, called a “pre-mortem.”

You’ve all heard of a postmortem, I’m sure; a postmortem (most common in the healthcare setting) is when a team comes together after a failure occurs to determine what went wrong. This is a useful practice because it allows everyone to learn from the failure and work to prevent recurrence. This is really helpful for everyone - except the patient (or project) that died.

A pre-mortem, then, is when you conduct that same analysis before the failure (or death) occurs, so that you can identify and prevent possible failures.

How does a pre-mortem work?

First, the project leaders gather the team together in a room. Everyone relaxes and lets their creative juices start to flow. The pre-mortem introduction goes something like this:

“Imagine I have a crystal ball. In it, I see that we’re halfway through the project and it’s failing, fast. It doesn’t look like there’s anything we can do at this point to save it. Swirling clouds in the crystal ball erase the scene, and when the fog clears, it’s now obvious that the project has failed miserably. We avoid eye contact when we pass each other in the halls, it’s that painful.”

The project leaders then ask everyone to spend two minutes making a list of anything that could possibly have caused the project to fail. They go around the room, and everyone shares one of the ideas they wrote down. The leaders write these ideas down on a whiteboard, and they now have a grasp on what Klein refers to as “collective hindsight.”

The next step is for every person in the room to come up with something they personally can do to prevent failure. Everyone now has ideas for things they can do to prevent project failure, that they weren’t planning on doing before they walked into the room.

Why does a pre-mortem work?

The question that comes to mind now is, “If the team has all of these ideas of how the project could fail, why are they just now coming to light?”

Klein’s research leads him to believe that teams are overly optimistic at the start of a project. In a typical company culture, people are hesitant to speak up with any ideas that suggest negativity or failure. Using the pre-mortem method, you take some of the pressure off of people, and give them the freedom to speak up to break that cycle of over-optimism. You’re asking people to show you how clever they are - how they contribute to the team - by asking for their ideas to prevent failure. In this method, contributing to “collective hindsight” rather than promoting overly-optimistic projections is how to be a team player.

I'm really excited about giving the pre-mortem method a try in my own work. Think it'll work? Have any of you tried it yet?

Gary Klein was featured on this episode of the podcast Freakonomics Radio in an interview about failure and the pre-mortem process with host Stephen Dubner. Listen to the full episode now to hear the interview and a related, fascinating perspective on the Challenger explosion.