Honesty, Integrity, and Respect in a Culture of Continuous Improvement 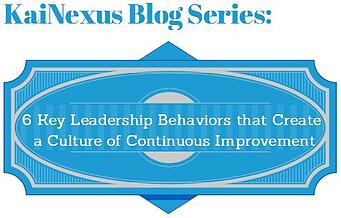 Honesty, integrity, and respect should be prerequisites for any leader, but unfortunately, this often isn’t the case. In my years of experience in leadership, I have witnessed the struggles of many leaders who neglect to follow these basic behavioral guidelines.

A specific example comes to mind.  A few years ago, I worked for a major software company that was investing heavily in training associated with the introduction of Lean Agile Development. They asked me to be part of a team tasked with establishing Agile as the company standard development process, with the intent of creating a development culture that would enable continuous improvement in the organization.

Part of my responsibility was to design and teach training programs for middle and senior management on Lean Leadership - in particular, the behaviors they needed to learn and practice to ensure that Agile development took root and was sustained. The group I was asked to teach consisted of leaders in charge of a significant number of people.  They were individuals of considerable authority who had been with the company for several years, most of whom were PhDs.

Leadership behaviors was the focus of the beginning of my classes, so I began by asking questions prompting them to share and learn from each other’s experiences. In one example, the company had in place a traffic light reporting system for all development projects (green, yellow, and red) that was used to report on the status of each project managed by these leaders. I asked, “Have any of you reported a project as a green status when your team had told you that it was yellow or red?” You could have heard a pin drop.

I knew the answer, and they did too.  This was not designed to embarrass anyone; my intent was simply to provoke them to provide honest answers regarding their current leadership behavior. By drawing their attention to their deficiencies in proper leadership behaviors, the participants were better able to make the changes required to successfully launch Agile Development in the company.

Honesty and Integrity Are Critical for Respect

Changes in Leadership Behavior Resulted in a Success Transition

Today, Lean Agile development has successfully become the standard development process in the company. The leadership process is totally different from what it was before the transition. Now, it is a collaboration of shared responsibilities and values; for example, the status of a project that is reported upward now truly is a team decision.

With honesty and integrity as primary core behaviors, respect is earned and the opinion and guidance offered by leaders is highly valued and utilized by the teams. The end result is a culture of Lean Agile Development accomplished by teams focused on continuous improvement in the development of quality products of high value to the customer.

This post is the second in a seven part blog series. Be sure to sign up to receive posts via email so that you don't miss the rest of the series (or any of our other posts)!

Want to learn more about leadership behaviors that create a culture of continuous improvement? Download our free webinar!