Give Me Your Malcontents: Secrets to Innovation at Pixar 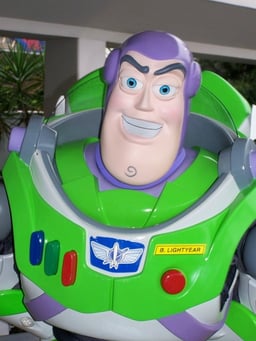 In a 2008 interview in the McKinsey Quarterly, Director Brad Bird shared some secrets to Pixar’s innovative success.

When Pixar hired Bird in 2008, they had produced three movies: Toy Story, A Bug’s Life, and Toy Story 2. Toy Story was the world’s first computer-animated feature film, and unless you’ve been living under a rock, you know that all three of these movies were a huge success. Some companies would have coasted along on that success for a while. Pixar took the opposite approach.

When they hired Bird, they said, in effect,

“The only thing we’re afraid of is complacency — feeling like we have it all figured out. We want you to come shake things up. We will give you a good argument if we think what you’re doing doesn’t make sense, but if you can convince us, we’ll do things a different way.”

And that’s exactly what Bird did. His first project at Pixar was The Incredibles, a movie that included all of the hardest elements of computer-generated animation (things like humans, hair, and fire). When Bird showed his plans to the people responsible for building the set, “they turned white.” It would take a decade and $500 million to produce that vision using the status quo.

So how did Bird get it done? He said “Give us the black sheep. I want artists who are frustrated. I want the ones who have another way of doing things that nobody’s listening to. Give us all the guys who are probably headed out the door.”

These were people who saw a better way of doing things but couldn’t speak up, because the status quo was working so well. You know, the people itching to practice continuous improvement.

That call for the malcontents is so powerful. I can’t stop repeating that line in my head. “Give us the black sheep… the guys who are probably headed out the door.” In a different company, those people would be pushed through the doorway. In Pixar, they pulled them back in with the chance to innovate.

And what did those frustrated artists do? They built a movie that had three times the number of sets as Finding Nemo (the studio’s previous film) and all of the hardest computer generated animation elements. And they did it with less money. They were able to do it because, as Bird says, “the heads of Pixar gave us leave to try crazy ideas.”

“The heads of Pixar gave us leave to try crazy ideas.”

Pixar also fosters innovation by spending time and resources on developing people. They believe that teaching people new skills - outside of their normal job functions - makes them more complete, and thus more creative. Sometimes that comes in the form of random classes, like Krav Maga. Other classes focus on cross functional education - for example, taking a class in animation when you work in lighting.

That cross functional engagement is a big part of fostering an innovative culture, and they've come up with some clever ways to promote it. Steve Jobs designed Pixar’s HQ, and included a huge atrium right in the middle. The idea was that the coders are off in one corner all day, the animators are somewhere else, etc. By putting essentials like food, bathrooms, and mailboxes in this open, central location, everyone constantly bumps into people in other job functions. This gets them talking, and the creativity starts to flow.

Morale is a big part of the innovative success at Pixar, too. Bird says that if you have low morale, you get 25 cents of effort for every dollar you spend. With high morale, you get $3 of effort for the same dollar. As he puts it, “Companies should pay much more attention to morale.” One way that Bird increases morale is to demand the input of everyone on the team. When people bring up problems, they get addressed. When they bring up improvements, they’re listened to. Bird and his leadership team take the time to talk through controversial decisions, and encourage the staff to weigh in on those decisions. It’s really a beautiful, well-rounded, highly effective leadership model.

The ideas that people put forth are both big and small - and Pixar recognizes the importance of the impact of both. One example of each end of the spectrum. When Bird took over the film Ratatouille, he asked that the entire thing be reworked so that the rats walked on all fours (like rats), so that when the main character makes a transition from walking on all fours, it’s an intentional, symbolic move toward being more human-like. This was a big deal because it required so much work but it ultimately made for a much better movie.

An example of a small opportunity for improvement lies in the detail of an eyebrow. In another film, halfway through there’s a split second where a character arches his eyebrow in a mischievous way. At first, this was cut from the film, because it didn’t match the rest of the character’s portrayal. Later on it was added back in, because it gave a new depth into the character’s development. Small change, big significance.

I could go on (and on, and on) about innovation at Pixar, but I have to end this somewhere… so I’ll leave you with this quote from Ed Catmull, President of Pixar:

"A movie contains literally tens of thousands of ideas. They’re in the form of every sentence; in the performance of each line; in the design of characters, sets, and backgrounds; in the locations of the camera; in the colors, the lighting, the pacing."

Just think of all those opportunities for improvement.

Here are some more resources for any of you that are as crazy about this stuff as I am: