The Election And Organizational Improvement: What We Can Learn 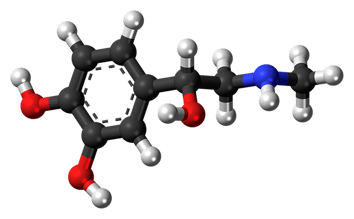 This is Part II of a two-part blog post. You can read the first part here.

In such a deeply divided race as the 2016 Presidential election, the slogans said it all.

On this side of the political debate was a group of people who believed that something valuable had been lost and needed to be restored. The loss was not their fault; others had taken advantage of them. They were victims of change - scared and voiceless, in survival mode, focused on all that was wrong.

Their resistance was rooted in adrenaline, the neurotransmitter used by the brain in stressful circumstances.

Adrenaline produces the fight or flight response, causing one’s heart to race and palms to sweat. It diverts blood flow to muscles to be ready to act. Vision narrows down. Attention is focused on the immediate threat.

On the other side of American politics was a message of hope touted by people who believed that it was possible to build on what had worked in the past to make things better. When a person feels more hopeful, when they see a path worth pursuing, and when they take action in that direction, dopamine is the neurotransmitter of choice.

Somewhere in the Middle

A third group rejected both. The rhetoric from one was too threatening, too divisive, and went too far outside their worldview. The other did not demonstrate enough to overcome concerns about character and past events. Neither side looked very trustworthy; neither candidate looked credible. In the end, these undecided voters did make a choice when they pulled the lever for a third party candidate or elected not to vote at all.

How quickly, though, the nation’s brain chemistry changed.

As election results rolled in through the night, the first group found that they now had the voice. They would have the power to do what they wanted – to go back in time and “make America great again.” Only one thing in their lives was different, but in an instant their neurotransmitter of choice became dopamine.

For the second group, the transition was just as abrupt, leaving many people confused and bewildered. While pollsters and pundits had assured them of a raucous victory party, instead, they were left suddenly, shockingly voiceless. Now they were at the mercy of powers they had no ability to influence. The very survival of their ideals was at stake. Adrenaline became their driving influence.

The Berns study referenced in my previous post demonstrated that when a person has a strong opinion, the amygdala is active, and their brain agrees that this is the voice that counts. They are not in a frame of mind to engage with alternate, opposing, or different options (the recent conflict at the Campaign Managers Conference surely demonstrates that). A person who IS willing to do so operates in a different area of the brain.

On election night, brains in all camps did what brains do - start with worldview and ideology, add in new data, i.e. the election results, reprioritize sorting criteria and what matters to generate a new story in which they play a new role. 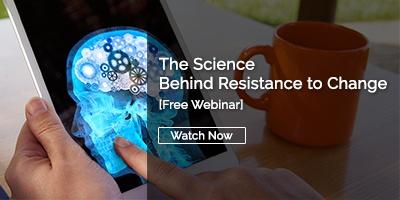 Although the margin between victory and defeat was narrow, the abrupt change reflected in the emotions and feelings that came starkly to awareness was no small pendulum swing. If you think of our country as having a ‘collective’ brain, on this night the loudest voice in its Hidden brain came from the amygdala, and the prefrontal cortex agreed: this choice is the better path to success.

The question for our divided nation is whether our many challenges are best tackled from resistance rooted in adrenaline, or perspective built upon dopamine. Although the winning party got there with the balance favoring adrenaline, does this remain still as the best choice going forward?

Do the winners reach out to opponents, hear their voice, and add that resistance to their own concerns in an effort to establish a shared outcome and craft countermeasures people can get behind? They could seek to learn the sorting criteria that matter to others and create the conditions where people operate on dopamine. On the other hand, they can also use their newfound power to create an atmosphere rooted in adrenaline. What should they do?

Does their worldview prevent them from acknowledging alternate and possibly valuable perspectives? Is their ideology the end game, or the starting point? Do they have the wisdom to craft ideal change that works and is workable, or will they, too, get stuck in ‘dueling solutions’?

The funny thing is these questions would be the same no matter who had won.

In Your Own Organization

So here is the lesson - substitute your organization into this story. Is it really any different?

Which will help you be successful in your change efforts - people drenched in adrenaline or buoyed by dopamine? Is your ideology the end game, or the starting point? Is there any benefit to you in reaching across the aisle to those who feel differently about what you want done? People may resist right now, but we’ve seen how quickly that can change. It all depends on what you do.