Think You Are Credible? Think Again. 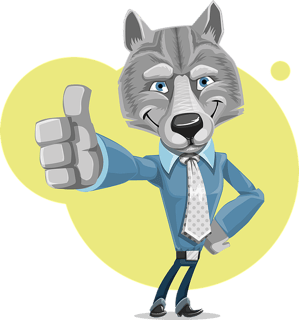 When it comes to gaining traction for a change in an organization, credibility trumps reason. Establishing such credibility demands we are neither deceptive with the language, data, and metrics we choose, nor coercive with the standards being implemented.

When leading any change effort, no matter if you are a senior executive, a middle manager, or front line staff, the key to establishing yourself as credible is this: those being asked to change have to see that, even while dealing with your own concerns, you have a sincere interest in dealing with theirs as well. Most people believe they act with the best of intentions and motives, even if others may not be doing the same. In reality, (most) people don't intend to be deceptive or coercive, but may inadvertently or unintentionally do so given the way they deal with language, data, metrics, and standards. Because they were well intentioned, this person then may not understand why their change efforts are unsuccessful.

But recall, you don’t determine how credible you are on a given topic: others decide that based on how you act in that circumstance. A history of acting credibly in previous situations helps to establish trust in your motives, but it does not automatically confer credibility in the current circumstances. Of course, previous experience when you have not been credible puts you behind the eight ball starting off. Unless you are aware of this reality, it is incredibly easy to be inadvertently deceptive or unintentionally coercive despite your  best intentions. The effect is the same whether or not you were deceptive and coercive on purpose.

Hogeven and colleagues lend some insight into the dilemma of establishing credibility in their study of the effect of power and control on mirror neuron activity. Neurons are the cells in the brain that process input from our senses and tell the body how to respond. A special kind of neuron, a mirror neuron, activates when we see someone else feeling something or doing something. If you watch a person raise her hand, those motor neurons in your brain that direct your hand to lift will activate, even though you are not raising your hand. Likewise, you can “feel” the pain you witness someone else experiencing without having to directly “feel” it yourself. This is why you slow down on the highway when there is a wreck on the other side. You are actually “feeling” their pain. Through this mechanism, we can identify with someone else’s experience.

Although our brain has the capability to honor the experience of others and incorporate that data into its decisionmaking, these researchers found that, in fact, we tend not to do this. This point was illustrated in an experiment in which they put subjects in scenarios in which each had successively more power and control. fMRI revealed that at each step, the more power and control a person had over a given circumstance, the less active were their mirror neurons.

From the Hogeven et al study:

“People in positions of power tend to act in a self-interested manner and display reduced interpersonal sensitivity to their powerless counterparts.”

I am sure you know good people with good intentions who get promoted up the ladder and seem to forget where they came from. It’s not intentional. This is the way the brain acts...their brain, my brain, your brain. The more power and control, the less we pay attention to the concerns of others and the less credible we are.

And at a time in human history where we have more control and power than ever before, we are all at increasing risk for this effect, whether you are a senior leader, manager, or front line staff.

Learn how to overcome resistance to change in this webinar on demand:

The Science Behind Resistance to Change