Our development team regularly blows my mind. This past weekend, they released 54 new features, improvements, and bug fixes. Did you hear that? 54.

Here are some of the highlights:

We’ve gotten tons of requests for more control when planning Ideas in KaiNexus, so we’re excited to announce the addition of dependencies!

You now have three options when it comes to planning a Project, Improvement, or Task: 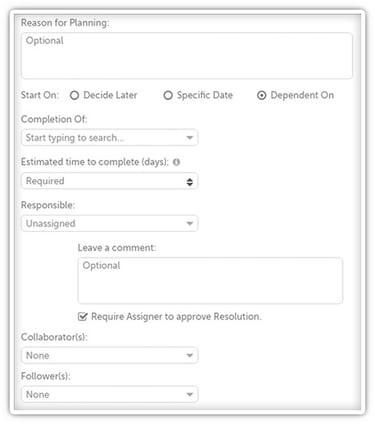 Once you choose “Dependent On,” you’ll need to enter:

You should note that you can see a list of every Project, Improvement, or Task on which this Idea is dependent on its main page. You can also see a list of all the items depending on the completion of this item! 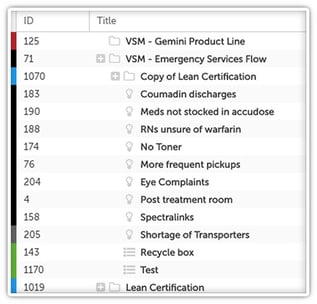 If you’ve been using KaiNexus for a while, you’ve probably seen a list of Projects in the Tree View. The Tree View lets you see the hierarchy of Projects as they are nested under parent Projects.

With the latest KaiNexus update, the Tree View now also show’s any Improvements and Tasks nested under Projects so that you can really get the full picture of relationships between items in the system.

This is a big one that I know some of you have been eagerly awaiting: We’ve added the ability to create Bowling Charts!

A Bowling Chart is a way to monitor KPIs or policy deployment objectives, letting you compare your actual metrics to your targets.

To create a Bowling Chart, create a new chart as you normally would.

Then add a new series, giving it a name and, if you’d like, a description.

Then just save your data series and start adding rows and entering your data as you normally would!

These are only some of the great changes we’ve made. Take a look at our complete release notes for more.

What new features are you most looking forward to using? We'd love to hear from you!