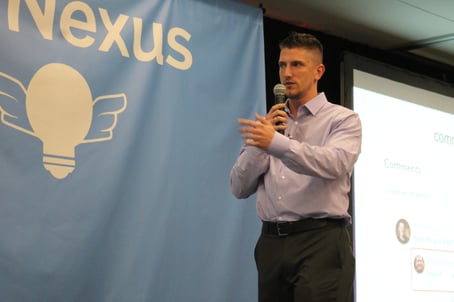 A couple of weeks ago, time stopped and the earth stood still.

At least, it did if you were in Austin, Texas...

You see, I might run the marketing at this company, but if I'm being honest, I can't keep up with all the features that have come out, those that are being developed, and those that are coming out soon. I depend on the Support Site as heavily as any of the rest of you!

So, when CEO Greg Jacobson and Product Manager Ryan Rippey unveiled the new features that are coming out in our HUGE next release, I was as surprised and excited as everyone else at the conference.

There are too many features for me to tell you about right now - and you'll get the full scoop later this month when the version is released - but I wanted to go ahead and release the video from that KaiNexicon presentation so the rest of you can share in the anticipation.

I will tell you the thing I'm MOST excited about, though - the updates to how comments work. When this release comes out, you'll be able to:

It's thrilling, right?! Just wait until you see the rest of the presentation. Here it is for your viewing pleasure! Hope you enjoy these features when they're released to the wild in the next couple of weeks. Be sure to subscribe to this blog, where we'll write about all the new features and how to use them when the time comes!