My 5 Favorite Features of the Latest KaiNexus Update

Our development team is always crazy busy. They’ve been hard at work in the past few weeks to bring you 16 new features, improvements, and bug fixes. Here are some of the highlights:

KaiNexus lets you build an Improvement knowledge repository that shares information across your entire organization. The database is searchable, allowing people to look for ideas for solving their immediate problems and enabling them to check on the origins of current processes.

As such, we’ve been working hard to make the quick search functionality as powerful as we can!

You have three available search methods: 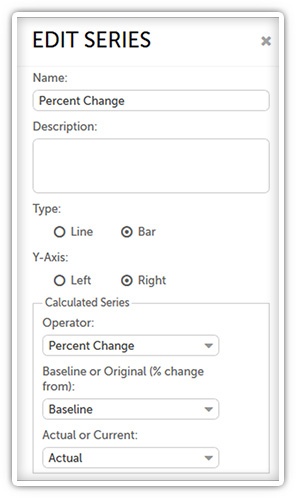 This is a big one for our avid chart users!

You can now add calculated data series to your charts that automatically draw from existing series to fill in the correct data.

It’s easy to do! When creating or editing a data series, pick which operator the calculated series should use in the “Operator” drop-down field. Depending on which you pick, various new fields will appear.

Copy nested items when copying a Project or Improvement

When copying a Project, Improvement, or Incident (if you have the Incident Add-On enabled), you have the option of copying all of its nested Tasks, Projects, and Improvements as well. This is a real time saver!

NOTE: Only Improvements and Projects nested directly under this Project will be copied.

What happens when I copy a Project, Improvement, or Incident’s nested items?

How do I copy a Project, Improvement, or Incident’s nested items?

Prepare to copy the parent item as you normally would. In the “Confirm Copy” window: 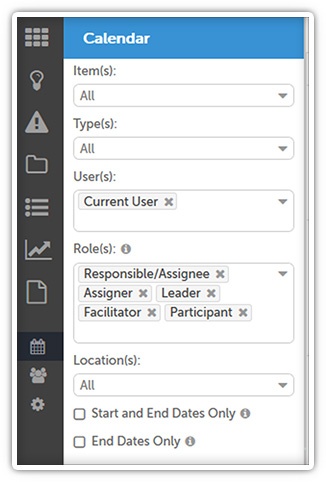 We know how important it is for you to be able to quickly check on important upcoming dates, so we wanted to give you as much control as possible over what is shown on your Calendar.

NOTE: These columns are hidden by default.

The Project, Improvement, and Task status bars display how many of each item nested under the parent Project or Improvement are currently in each status.

These are only some of the great changes we’ve made; there’s still lots more for you to explore. What new features are you most looking forward to using?