When To Delete Improvements from KaiNexus (Or Not) 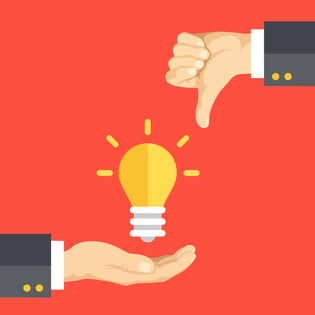 When you’re leading the Lean efforts for your organization or for your team, you’re bound to find yourself totally swamped. At that point, it’s probably tempting to want to sort through all the improvements your people have entered into KaiNexus and delete any that seem like they won’t bring about a change in the organization.

That seems like an okay plan - you’ll be able to focus on the best ideas and get more improvement done, right?

Let’s take a look at some reasons you might be tempted to delete an improvement and why it’s better to let it live in KaiNexus:

I’ve mentioned several, but what exactly are the benefits of resolving improvements with “No Change,” rather than simply deleting them?

This all may make it seem like you’ll forever be swamped by improvements you have to implement. But that’s what’s great about getting your team engaged in Lean and continuous improvement!

As a leader, your duty is to supervise their improvement efforts and offer coaching when necessary so that they continually improve themselves.You must empower them to make positive changes on their own.