What Every Company Can Learn From "Shirtless Saturdays" 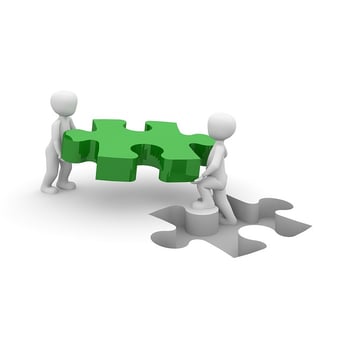 Paul Gardner, the author of this post, is one of the investors in KaiNexus and has played a huge role in our success. This story is his account of his time in the army from 1968-1970, at which time he was stationed at Ft. Hood, TX, working in the finance branch during the Vietnam War. Prior to the events in this story, Paul had recently graduated from Texas A&M as a Distinguished Military Graduate with a degree in Accounting.

When I was in the Army from 1968 to 1970, the Army was experimenting with a new pay system in 13 locations around the world. The new system was complicated, with lots of room for human error - I think the average error rate at all locations was 5 to 6% at the time. I was put in charge of rolling out the new system at Ft. Hood, and let me tell you, as a perfectionist, that error rate was completely unacceptable. I knew there had to be a better way.

At the time, I was a First Lieutenant, meaning that I was in charge of over 300 soldiers. Implementing this new pay structure was no small operation. I don’t know if you’re familiar with how the military works, but, traditionally, interactions are governed by rank, and the lower ranks are expected to unquestioningly follow the commands of their superiors.

I knew that this wasn’t going to work; sure, technically I was leading this initiative, and outranked the 300 other guys who were implementing it, but they had more experience actually doing the work, and we needed their insight to improve the process.

So, I instituted “Shirtless Saturdays.”

Once a month I’d get the guys to come in for a few hours, take off the top shirts of their uniforms that designated rank (in the Army, everyone wears a plain t-shirt underneath their uniform tops), and get down to business. Without rank staring everyone in the face, it was a lot easier to get people to loosen up and speak out.

Disregarding rank like that was pretty novel for the Army at the time, but that was the only way I could see to get that error rate down. Who was I to think that I could know better how to do this work than the guys who are doing it every day?

The result was productive discussions that dropped the error rate consistently below 1%. All we did was make simple changes, things like reordering the steps in the process and implementing a new method of checking the final results. It was nothing complicated, it just worked.

We were the best in the world, and after a year or so, the people in charge of this worldwide system rollout came to Ft. Hood to see what we were up to and learn how to get the error rate down at the other locations. When I explained about Shirtless Saturdays, let me tell you, they were floored. Enlisted men and officers in the same room without rank on? It was unheard of.

I told them that the only difference between me and the enlisted college graduates working under me was that I had gone through ROTC in college and they hadn’t. They were just as capable of finding a solution as I was - more so, because they were doing the work that we were trying to improve. I told them that if they wanted the work done right, they needed to ask these people, not someone who wrote the regulations before ever having done it.

I don’t think the Army ever widely adopted Shirtless Saturdays, but I was recognized for the work that I did there with a medal. By making the conversations less formal, they became more relaxed, which resulted in more discussion and better ideas.

By asking the men doing the work how they thought we could improve it, my department was able to solve a problem with a high error rate that had been plaguing the Army. The details of what we did have been forgotten over the years, but I’ll never forget that lesson.

One of the reasons why I support KaiNexus so heavily is because I see that companies that are using KaiNexus are, essentially, trying to implement Shirtless Saturdays every day of the week - even if you and your team stay fully clothed.