Obeya in Action: The Process and Benefits of Obeya 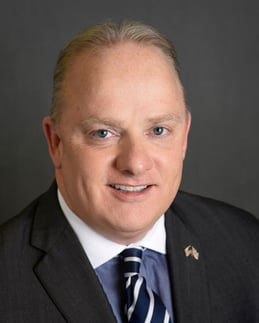 As Johnston explained, Carolinas HealthCare System has been on an improvement journey for about eight to nine years, beginning with hiring consultants for some traditional project work before deciding to create its own internal continuous improvement department.

Johnston came to Carolinas HealthCare System about four and a half years ago, and soon after was asked to take over that continuous improvement department, which is called the Performance Excellence Center (PEC). At that time he noticed the department was divided into separate functions - including projects, six-sigma type work, traditional Rapid Improvement Events (RIE's), and Kaizen events.

Listen to the interview and Subscribe to the Podcast:

“I really thought that it needed a more blended approach,” Johnston said. “Over the last four years it’s really been creating a strategy around leadership behaviors, and then obviously strategy, and how we drive [Lean] as part of the alignment with organizational priorities.”

Today, Johnston leads five team directors who each lead eight people; one team is dedicated to education, not only Lean work but also some behavior work, and the other four teams are aligned around either Carolinas’ medical group work or within its acute care settings.

“We’ve been lucky, we have an amazing senior team that definitely supports us. We even went through a leadership change at the top, with a new CEO - and the transition not only supported, it but accelerate it. One of the pillars in our strategic plan that we call our Destination 2020 is Lean. So for us, it hasn’t been a fight or something as to how do we justify it, it’s what we do, it’s become part of our management system.”

Something that has become a part of Carolinas’ Lean management system is obeya. Obeya translates from Japanese to "large room" or "war room," and is - in its most basic sense - a physical space dedicated to improvement work. 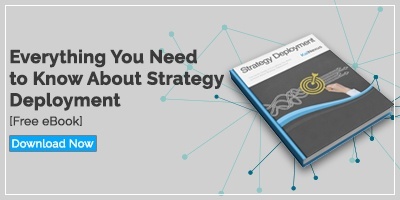 “People get stuck on what it means. For us, it’s a room where everyone comes together, we get all the players in the same room on the same page, talking about what needs to be done, and it’s a constant flow of execution, knocking down barriers, and seeing our hot-spots to enable that fast problem solving,” Johnston explained. “We call it our truth-telling room.”

One thing he highlighted that gets in the way of truth-telling, especially in healthcare, is the silo effect between groups and departments.

“It’s not necessarily that people aren’t telling the truth, but they’re only telling the truth in their own way. Bringing people together, forcing them to physically get together, not by Skype, not by some kind of email, when they have to talk to each other that’s the truth-telling,” Johnston explained. “It forces us to bring things to the forefront that really sometimes are uncomfortable, but it also starts to build relationships where leaders start to talk together in the organization and instead of holding things back or maybe not saying the full issue, that truth comes out.”

The use of obeya began for Carolinas’ as a pilot in the PEC department, which has its own building. While the team had Lean strategies and tools it was using within the organization, on the execution side, the follow-up with metrics was felt to be lacking. That pilot worked well, and now obeya is being used in four of Carolinas’ facilities and one was being put up in one of the corporate areas at the time of this interview.

Johnston said that obeya has broken-down barriers and accelerated the plan, do, study, adjust (PDSA cycle) for them.

Taking listeners through what you might find in a Carolinas HealthCare System obeya room, Johnston described the content found on each one of the walls, including:

“So what did we say we were going to do, did we actually do it, what did we get out of it, and then our reflection on that,” Johnston explained.

During the interview, Johnston did emphasize that obeya is not just about physical space.

“The misconception at first is that you’re going to come into this room and you’re just going to start to talk. And at first, it becomes a presentation; people just reporting the news. That’s not what this is about,” Johnston said. “Every time we started, no matter where we go, and this is where we’re trying to improve our learning, it’s not just a reporting the news, it’s actually about the back and forth. And, it’s also just not about the room. It’s a room, but it’s really about the relationships that are built and the behaviors that are created to create leadership concepts and abilities to go back out there.”

Johnston also emphasized that the obeya process has sped up their PDSA cycles, which also helped the organization set reasonable goals. As he explained, PDSA cycles at the high-level start with your strategy, then continue with a mid-year review, and an end-year review, which is very high-level. Perhaps there is also monthly reviews added to those. But for Carolinas, the obeya process is weekly, forcing them to ask regularly if the organization is able to do what they have said they can.

“The obeya really tied all of the pieces together for us. It’s like the gear that sped things up for us, I think that’s probably the best analogy,” Johnston said. “You have [ideal goals] bigger than what you can do, the obeya process really helps you focus.”

Another benefit from the obeya process the team has heard from feedback during a recent mid-year review is the emotional relief it has given staff.

“Before, we had it things would build up and then there’d be a big explosion because something didn’t happen, or we weren’t where we needed to be and it would cause chaos. The obeya process, if you want to look at it cumulatively, you might have the same task, but it’s at such a low level that you resolve it. The emotional baggage and issues that occur happen very quickly and they get resolved as opposed to those big, major crises.”

When asked about the benefits of inviting outside organizations to visit Carolinas for sharing and learning, Johnston said the result is reciprocal learning that has benefits for both organizations.

“One of the things that we did a PDSA on…at the beginning of the year was the whole sharing not only in facilities but how do we do it across facilities. We reached out to some of our partners, some of them that are using KaiNexus, and they said this is probably one way that you can get that,” Johnston said. “It allows us to advance, and learn, and bring companies like KaiNexus in to improve our processes. So, the more you can host, the more you can have people here, it helps you learn about things you might not see in your day-to-day practice.”

Carolinas is still going through the implementation of KaiNexus software but had some kind words for us.

"What KaiNexus has done extremely well for us is listen, they want to hear the problems and issues that are going on in the organization. I spent time with the president all the way down to the sales associates, and they’re always asking, ‘What can we do better?’ ” Johnston said. “ I can’t say enough about the group and how you take feedback... the KaiNexus group has done a great job of listening to the customer and trying to adapt.”