The Neuroscience of Kaizen: The Path to Creativity and Innovation 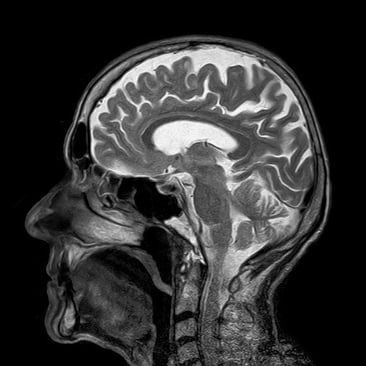 Innovation often seems to come out of nowhere when someone happens upon a great new idea- the ‘aha’ moment. Only great inventors and geniuses can do that- right?

Well, not exactly. Research over the past few decades into how the brain operates suggests that everyone is quite capable of being creative. The definition I like for creativity is the making of new connections among previously unconnected thoughts. We each have the opportunity to be creative every day whenever we have to change what we had planned to do based on what happens. This, however, is a very energy intensive activity for the brain, and it will not spend that energy unless it has to- unless there is no other good option.

Studies by Limb et al showed that when professional jazz musicians were placed in a fMRI with a keyboard and a particular piece of music to play, a certain area of the prefrontal cortex became active. When the person was then asked to improvise and create music , this area became quiet and a different area of the prefrontal cortex became active. This suggests the brain processes in different areas when  working on a known option, as opposed to being creative. When occupied by other options, the brain is not in that creative space.

Ever notice how often you come up with the ‘answer’ to a vexing problem when you are not paying much attention? Like in the shower or while driving the car. For me, if I go to sleep unsure of what to do, I usually wake in the morning and there it is- something I had not thought of the night before. This ‘aha’ moment did not come out of thin air. Much of this processing happens in what some researchers call the Hidden Brain, functions outside of one’s awareness.

That ‘aha’ moment is actually the result of a lot of work- you were just never aware of all that going on. It is only possible once the prefrontal cortex has tried all the options it knows about and found none satisfactory- only after its efforts to find the ‘right’ solution revealed none. For the prefrontal cortex to be able to do this, it does take an intimate familiarity with the issue and skills involved  and a detailed understanding of the variables. And it takes a prefrontal cortex that is uncluttered and not overwhelmed.

What happens with each of these trials is ‘learning’ about what does not work, clarifying the parameters that really matter among all the criteria being considered. It appears the brain makes these decisions not so much looking for what works, but rather by eliminating the possibilities one by one. It is the ventro medial portion of the prefrontal cortex that becomes active whenever we ‘stop’ a thought, idea or action. In this way, the brain chips away at the possibilities to reveal the option that appears most likely to lead to success.

So it is with Kaizen - only through actually putting the idea in practice is it possible to discover  all the unintended consequences and unexpected results, finding what does not work in order to reveal what does.

And only once the prefrontal cortex has exhausted all the possibilities is the brain willing to spend the extra energy required to be creative. Your brain must go through kaizen before it will get to creativity. You cannot skip steps and expect to get there.

So, rather than trying to be creative or worrying about where the innovation will come from, focus on the kaizen- do the hard work of trialing and testing all the possibilities… and trust that your brain, or theirs, will go to its creative space if that is what is needed.

____________________________________________________
Mark Jaben is a residency trained, board certified Emergency Physician with over 25 years of clinical experience. In addition to supporting hospitals in their efforts to improve their delivery of quality patient care, his particular interests include the application of Lean principles to medical decision making and to individual work. He was included in A Factory of One, by Dan Markovitz, the 2012 Shingo prize winning book on this topic. He has written extensively about what it really takes to engage people in change efforts and has presented internationally on these topics. His experience includes EMR development and implementation, facility design, regional health delivery, and the interface between different hospital departments as well as between different organizations.