What is Kaizen? A Mindful System of Quality Improvement 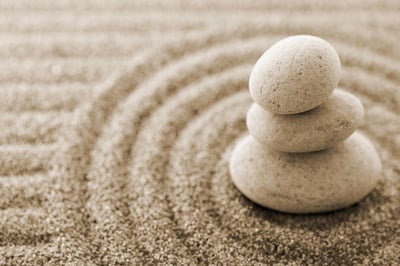 We’ve written quite a bit about the definition of Kaizen, but today, I thought it would be an interesting challenge to reflect on how I would answer the question "What is Kaizen?" if my response could only be one word. "Improvement" sprang to mind, but improvement is what Kaizen achieves, not really what it is. Then, after thinking about the practice and tools of Kaizen, one word began to emerge. Mindfulness. The heart of the kaizen philosophy is mindfulness.

The Genesis of Kaizen

Kaizen emerged after World War II in Japan. The kaizen approach took root when Toyota brought in American quality management experts to oversee their production process. These "Kaizen groups" are teams of people brought together to find ways to improve a company.

The word Kaizen became prevalent following the publication of the book Kaizen: The Key to Japan's Competitive Success written by Masaaki Imai. Since the book's release in 1986, businesses all over the world have started using Kaizen methods to fine-tune their business practices and find new ways of improving productivity. Due in part to the book's success, Masaaki Imai is regarded by many as the father of Kaizen.

Another progressive management expert, Edward Demming, was also influential during the time of World War II. His book, Out of Crisis, is a foundational text for many management professionals. The Demming prize, named after him, is awarded to companies for total quality management.

Demming's management theories emphasize that employees are not the cause of problems. Instead of blaming them, leaders ask appropriate questions to find the cause of the issues and then correct them. Demming also crafted the Demming Cycle. One of the most commonly used quality control tools available--the cycle consists of four steps: plan, do, check, and act. Some companies have modified the improvement cycle to: plan, do, study, and adjust, but the concept remains the same. Carefully examine the problem, implement a potential solution, analyze the results, and make changes if needed.

The kaizen philosophy and the scientific approach introduced by Demming ultimately gave rise to the Toyota Production System pioneered by Taiichi Ohno, Toyota's production chief in the post-WW II era. The system aims to provide the best quality, lowest cost, and shortest lead time by eliminating waste. Although it is closely associated with the just-in-time approach to the supply chain, the system also emphasizes standard work along with Kaizen and the adoption of the PDCA cycle of improvement. 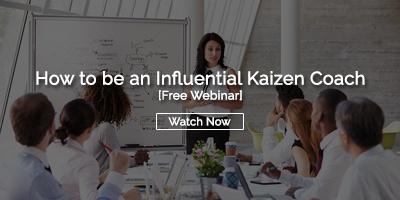 Wikipedia describes mindfulness as "the intentional, accepting, and non-judgmental focus of one's attention on the emotions, thoughts, and sensations occurring in the present moment." Mindfulness is an essential element of Buddhist practice. In the West, there are several therapeutic applications based on mindfulness and mindfulness meditation for helping people who are experiencing various psychological conditions. In addition, clinical studies have documented its mental and physical health benefits.

"The word sati derives from a root meaning 'to remember,' but as a mental factor; it signifies the presence of mind, attentiveness to the present, rather than the faculty of memory regarding the past. It has the characteristic of not wobbling, i.e., not floating away from the object. Its function is absence of confusion or non-forgetfulness. It is manifested as guardianship, or as the state of confronting an objective field."

“The state of confronting an objective field.” Think about how much meaning that has for the purpose of continuous improvement. 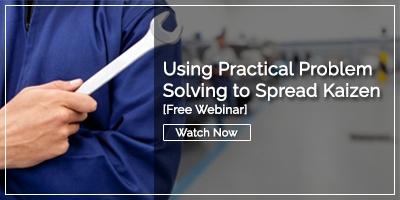 How is Kaizen Mindful?

Ruth A. Baer PhD, an academic who studies mindfulness, once described it as, “Paying attention in a particular way: on purpose, in the present moment, and non-judgmentally.” One could describe the practice of Kaizen in exactly the same way. Kaizen is about seeking improvement through the act of examining the present state with intention and structure, without judgment.

Take Gemba Walks, for example. When a Kaizen practitioner conducts a Gemba Walk, they go to the place where work is being performed to observe the real-life execution of processes. The leader conducting the walk does not attempt to make changes or impact the work at all. Instead, they stay in the moment to observe the current state, only to reflect on potential improvements at a later time. As Imai put it himself, "Be present with your co-workers and staff."

The 5S methodology (sort, shine, set in order, standardize, and sustain) is about being mindful of the spaces in which work is performed. The method requires that we don't ignore any flaws in the work area or any barriers to effective productivity.

Kaizen events are another way of achieving mindfulness. Team members set aside other work to focus on an urgent or complicated problem for a short period, usually three to five days. Full attention is paid to the task at hand, and distractions are minimized. The effort starts by stating the problem and uncovering the root cause. From there, the PDCA cycle is applied to test and implement possible solutions.

Kaizen approaches ask for mindfulness from every member of the organization because each employee is responsible for identifying opportunities for improvement. This can only be achieved when people are trained to notice and report problems rather than looking the other way or just dealing with waste because we've gotten used to it.

Let's face it, looking the other way is easy. Seeing right past the present is common. We're busy and focused on what we have to do next. Kaizen demands that we stop, take a look around, and confront the weaknesses we find. Kaizen says if you want to improve long-term results, you have to focus on the now. Perhaps mindfulness isn't a perfect answer to "What is Kaizen?" but we think it gets pretty close to its essence.

How about you? Does the concept of mindfulness resonate? We'd love to hear how you would define Kaizen in one word.