Going to the Gemba at Four Seasons Produce 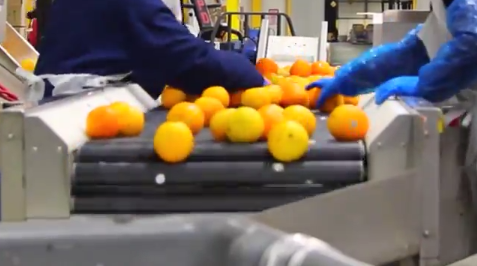 The Toyota Way states that you can’t be involved in fixing the problem unless you have actually been there in person to see it.

Going to the Gemba (the place where the work is done) is an important part of the improvement process that frequently gets overlooked. Working at a technology company that serves clients in a variety of industries all across the world means that I can’t go to our customer's Gemba as easily as the CEO at a hospital or the supervisor at a building site, but I jumped at the chance to go on site to Four Seasons Produce during a trip to visit my mom and sister.

Four Seasons Produce is wholesale produce distributor and a long-time KaiNexus Customer. Their facility in Ephrata, PA receives, stores, ripens, and packs conventional and organic produce to deliver to stores through the Mid-Atlantic and Northeast.

Visiting an organization like Four Seasons Produce is fascinating. The delivery areas are even larger than pictures appear online! Erin and April explained how their operations worked, with produce coming in and out of the loading docks during the day and night. Erin and April then showed me the ripening rooms. I was shocked to learn that bananas have a chalky texture to them when they arrive and companies like Four Seasons Produce have special ripening rooms to help speed the process along.

During the tour of the warehouse, Erin and April would frequently point out things such as blue lights on the high lifts (forklifts) that were pointed to the ground about 10 feet in front of the operator. They explained that these lights were added to help people see the equipment coming from around a corner and they were requested by associates in the warehouse to improve safety. They also showed me mirrors that were added so that the equipment operators could see around corners and not run over anyone that was out of sight! Erin talks about it in this KaiNexus video. It's great to see improvements in action!

The next part of the facility that I toured was the packing department. Erin and April explained that if I had been here a year ago, it would have looked completely different. The pair gave me the backstory: the packing machines were in places that were causing inefficiencies and costing time and money. The machines weren’t the only problem, they had to work to gain buy-in for changes from their packing team members.

Erin pointed out a stop sign hanging from the ceiling and explained that they used to sit on the floor but were always in the way and getting moved out of place until one of the team members had the idea that they might be better suited to hang instead of sit on the floor. Just one of countless examples of improvements in the past couple months.

I learned a lot from going to the Gemba at Four Seasons Produce and KaiNexus helps provide context to those experiences. Erin and April discussed how many more ideas and the higher levels of participation they have gotten from the packing team from before and after the packing floor redesign and the numbers in KaiNexus prove it. 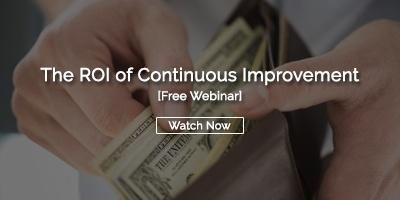 There are things that you can only learn from going to Gemba and continuous improvement software like KaiNexus helps to show you where you should do your next Gemba, which departments are doing great work and the impact that the whole program is having. As evidence by my onsite visit, going to the Gemba can only be enhanced by the right software to support it.

Once again, a huge thank you to Erin Edwards and April Perrachio and the whole Four Seasons team, I look forward to visiting again soon!