9 Signs that Your Organization Could Benefit from Hoshin Kanri 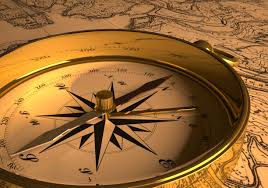 I once saw a cartoon that depicted two knights from the middle ages in a sword fight.

A sales rep taped one knight on the shoulder and said, “Excuse me.”

The knight said, “Can’t you see I’m too busy right now for a sales call?”

The salesman was selling guns.

I think many business people are like that knight. They are too busy fighting today’s biggest problem with the tools they have that they don’t have time to think about whether there is a more efficient way. You can’t really blame them. A manager’s first priority, after all, is to keep the value stream flowing. Their second, however, is to contribute to the improvement of the organization. These two often competing concerns are the reason that Japanese manufactures in the 1950’s developed a planning process called Hoshin Kanri.

The Japanese words Hoshin Kanri can be generally interpreted as direction (setting) management. Much like a compass pointed toward true north, the Hoshin plan defines where the organization is headed. The basic idea is that the best way to obtain the desired result is to make sure every employee in the organization understands the long-term vision and that they are all working with a defined plan to bring it to fruition. Equally as important is the acknowledgement that there are key processes that must be monitored to ensure that the day-to-day operation of the organization continues to improve. Hoshin is about both direction and control.

Does Your Organization Need Hoshin Planning?

There are several symptoms that indicate that a Hoshin planning initiative might help your organization meet both short- and long-term goals. Do you have:

If you suffer from any (or all) of these challenges, it is a good idea to dig deeper into the Hoshin Kanri principles and process.

In today’s rapidly changing, hyper-competitive business environment, fighting today’s fires will only get you so far. Our poor knight can only keep fighting with his sword for so long. It’s only a matter of time before his foe gets his hands on a gun.