The 5 Whys: A Ridiculously Simple Yet Essential Problem Solving Tool 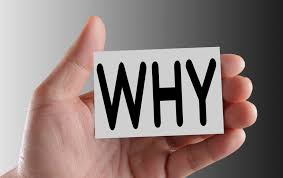 I find a lot of parallels between the beautiful simplicity of Japanese art and the simple, yet strikingly powerful business management ideas employed by Japan’s great business thinkers. Kaizen, Gemba walks, Hoshin Kanri, and other principles and techniques introduced to the west by Toyota and other Japanese manufacturing companies are like art in that they are elegantly uncomplicated but profoundly effective. The 5 Whys is an approach to problem solving that belongs in this camp.

Finding the Root Cause

The practice of the 5 Whys is deployed when a problem arises and a team wants to find and fix, not just the symptom, but the root cause of the issue. A problem statement is created and then the team simply asks, “Why,” until the root cause is revealed. The actual number of “whys” needed varies, but five seems to be about right. Here’s a simple example:

The customer is unhappy.

Why is the customer unhappy?


The customer is unhappy because no one responded to her support request.


Why didn’t anyone respond to her support request?


No one responded to her support request because she posted it on Twitter.


No one responded to her tweet because Alice is on vacation.


Why does Alice’s vacation mean no one responded to the tweet?


Because Alice is the only one who responds to tweets and she doesn’t have a backup.


Why doesn’t Alice have a backup?


Because we never thought about it before.

Now the team knows why the customer is unhappy and exactly how to prevent the same problem from happening in the future.

Focus on Processes, Not People

When deploying the 5 Whys, keep in mind that you are looking for flawed processes, not people. The idea is not to place blame, it is rather to uncover problems with processes, procedures or standard work. In our example, Alice did not fail the customer, a support coverage oversight did.

The 5 Whys technique is an effective way to sort through a wide range of problems. Keep in mind that some problems have more than one root cause, so for complex issues, it may need to be repeated by asking several different starting “why” questions. These three little letters could become one of your most potent problem solving tools.