The Value Of Sharing Our Mistakes and Opportunities for Improvement

We’re all human. Nobody’s perfect. I’ve produced 215 podcasts and there was that one time when I forgot to click “record” while recording a phone call with one of my guests. I owned up to it and said that it was my mistake. No excuses. We had to do the podcast recording over again. I did start using a checklist, though, that helps ensure that I don’t forget important steps (such as clicking “record.”) I haven’t made that mistake a second time.

But… I did manage to make a similar mistake during one of our KaiNexus webinars. I forgot to click record! That, again, created rework for myself and our co-founder Greg Jacobson, MD. We had to re-record the webinar before we could post that for attendees and those who had missed the webinar. We also use checklists for our webinars and have, again, avoided making that mistake a second time. As in operating rooms, we have to be disciplined about using checklists each and every time, to prevent human error from creeping back in when we get cocky from not making a mistake in a while. 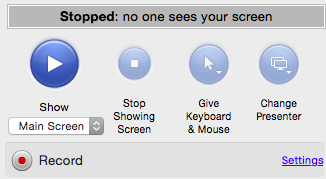 I had the opportunity to do a webinar for a healthcare publication recently. About halfway through the webinar, I realized that it looked like the webinar host hadn’t pressed record since the “start recording” button was still active. Oops! It was too late for me to say anything. That wasn’t part of my pre-webinar checklist since I was focused on my content, not playing host.

The next day, I got an email saying there had been a “glitch” with the recording. If the host had indeed (as I strongly suspect) failed to press record, I wish they would have owned up to it. Like my kind podcast guest, I would have agreed to re-record the webinar without making a fuss. Things happen. As long as the same things don’t happen each time.

I did, however, regret not sharing our KaiNexus webinar checklist with that webinar host in advance. I could have advised her of mistakes I’ve made, in the spirit of her not making the same mistake some day. We need more of this sharing in healthcare, especially. When one organization makes a mistake, other organizations should learn from that. We don’t all have to learn from all making the same mistake at some point.

Allowing others to learn from our mistakes requires a level of humility and transparency that we don’t always see - including in healthcare. In 2006, there was a fatal mixup in an Indianapolis hospital, where three babies died because they were given an adult dose of heparin, 1000 times stronger than should have been given. The next year, the twin babies of actor Dennis Quaid were the victim of the same error at a Beverly Hills hospital. They luckily survived, but their situation could have been avoided if organizations were better at learning from each other - sharing mistakes and all taking action as a result.

Our silly podcast and webinar errors are nothing compared to errors that can harm or kill patients. Technologies like KaiNexus make it possible to share problems and opportunities for improvement with other KaiNexus customers outside of their organization. What can we do to encourage more of that? More leadership support? Protecting such disclosures from being used against the health system in legal proceedings? How can we better learn from each other? 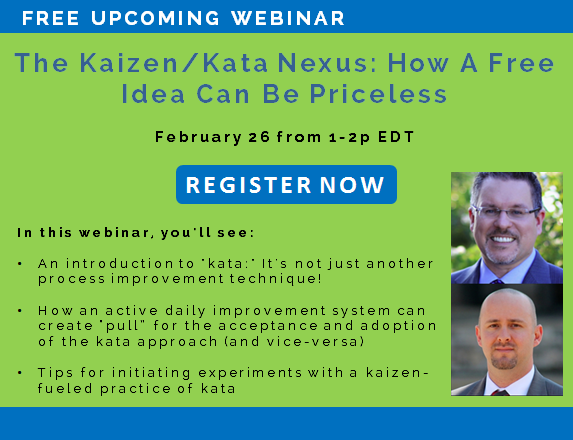