Why Your Political Beliefs are Confusing, and How that Applies to Work 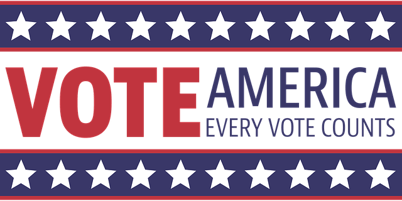 First off, while this blog post may be about the extraordinary election going on in the United States, this is not a partisan plea. Sorry if you were hoping for a suggestion.  Only your brain can make that choice. I’ve talked with a lot of people who are, quite frankly, disgusted with this whole political cycle. For me, though, this has been a fascinating nightly expose of how brains operate.

We’ve talked in some of my earlier posts about how your brain forms a story to explain the circumstances it encounters, and uses that story as the basis for making decisions. The story your brain comes up with is, however, not based on a full accounting of the details, as that would require an expenditure of energy the brain is not often willing to make. Rather, your brain uses just enough ‘data’- enough pixels, so to speak - to get a good enough picture to act upon. The brain doesn’t care to know everything; just enough to take its next step toward success (however that is defined).

How Your Brain Forms Opinions

The story your brain tells you about a situation is formed by interpreting the circumstances through the lens of its sorting criteria: the measures of success and the consequences of failure. Those criteria determine the data that is considered and form the outline for the story. Once a choice is made, the brain will then use its vast power of analysis to rationalize the choice, and staunchly defend it as the truth, even rejecting conflicting information that calls the story into question. The brain sees - and tells you - only what supports its version of the story.

Moreover, in any given situation, the brain does not use all of the sorting criteria. It prioritizes among them to focus on those that apply most at that time. The brain weaves the current situation into a larger pre-existing worldview. This outlook is based on a compilation of all its experiences and memories, and is affected by both one’s upbringing, group culture, and genetics.

At the risk of oversimplification, the worldview a person espouses can be thought of as somewhere on a spectrum between a glass half empty and a glass half full, between the consequences of failure and the measure of success. This worldview forms the foundation upon which their story is grafted. It is the book into which the story is written. Neither perspective is necessarily good or bad, because each brings value to grasping the full view of any situation. Right now, it seems many people see the glass dry and totally empty.

If you ask people - and I’ve asked a lot - you will find that it is difficult for many to articulate why they support their candidate. Many people have a hard time pointing to a particular policy that defines their preference. Often, you’ll find that people focus on a particular candidate behavior or statement while downplaying others.

This choice - to narrow down on some details while dismissing others - is not necessarily one a person is aware of. These decisions are not about the details or the particular positions, as much as they are about how someone feels. This is a value judgement that takes place largely in the Hidden Brain. It is here, outside of one’s awareness, where the brain applies its values, preferences and beliefs, and it is here that the worldview is formed. A choice, emerging from the circumstances filtered through the prioritized sorting criteria, is then transmitted to one’s awareness using emotions. This shows up as feelings and hunches. It is the way we learn about what all has gone on in the Hidden Brain.

Campaigns describe their candidate to voters in an effort to tap into this worldview. How else to explain the spin one hears nightly? A candidate who has insulted nearly every demographic group is described as the candidate of inclusion. Or a candidate who has repeatedly apologized for a transgression continues to be castigated as if the apology never happened.

Spin is not necessarily disingenuous, depending on what the pundit is trying to achieve. But spin does reflect a story based on an incomplete view of the situation, as seen through the lens of what matters the most and grafted onto a pre-existing template of the worldview. Pundits are just as affected by this as the rest of us. We each see the world in our own way and rationalize it accordingly.

This Doesn’t Just Apply to Politics - It Matters at Work, Too.

It’s no different in your organization. When you ask someone to change what they have been doing, you are not only challenging them to re-evaluate those circumstances, but you are also challenging their worldview, the foundation of how they move through life and the very essence of their self image and self-worth.

Your colleagues evaluate any proposal against the story they have formed: factoring in how the organization functions, what success represents to them in their work responsibilities, and what they believe your motives and intentions are. This story, though, does not start from a vacuum. It emerges from their worldview. Their willingness to engage in considering data that doesn't fit their story depends entirely on the worldview they start from. Don’t expect them to be able to articulate this. It happens in the Hidden brain.

If your mechanism for change focuses on what you want others to do, you have bypassed the place to really start the journey toward an ideal change that works and is workeable. The starting point is their worldview. Is the glass half empty, focused on all the ways your proposal cannot work, or half full, open to possibilities of what can?

And by the way, where are you? half empty or half full?