Are You Making One of These Idea Board Mistakes? 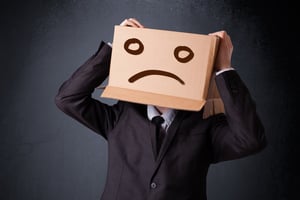 Idea boards are a common and useful tool for collecting ideas for improvement and displaying the status of projects. The instinct is spot on. This type of visualization creates clear communication, inspires action and creativity, and helps emphasize the importance of employee engagement.

However, we often hear from leaders who have had bad experiences and achieved no significant results with idea boards.

What are they doing wrong?

If they are using a physical idea board, like the ones we see so often arranged in the “To-Do, Doing, Done” format they likely suffer from one or more of the following common mistakes.

Lack of executive and cultural support

Idea boards are great, but they rarely work in a vacuum. The idea board should be a manifestation of a culture that values improvement, not a substitute for it. That culture starts at the top. Executive support and investment is the key to a wide-spread emphasis on improvement. It is up to top leaders to create a space in which employees feel safe making suggestions and believe that their ideas will be considered. Continuous improvement is a philosophy and value, not a poster.

Once an idea reaches the “Done” state, what do you do with it? In most cases, we see folks jot down a few notes (maybe) and then take it off the board. This is a shame. Each idea that gets implemented comes complete with lessons that could be useful in the future. What challenges were faced during the project? How were they overcome? Were there any documents or other artifacts created that could be of use down the road? The limited space and 2-dimensional nature of physical boards create a huge limitation. This is not an issue with digital idea boards as they allow you to capture an unlimited amount of information about every idea that gets submitted and keep it for future review.

Limiting participation to those in the office

Lots of teams are distributed these days, so your idea board may have one strike against it before you even get started. Even if all of your team members come into the same space every day, people often get inspired while they are traveling, at home, or in a meeting. Unfortunately, those ideas might be lost if they can’t be added to the board immediately. This is another benefit of software-based idea boards. People can submit their ideas and participate in improvement work from wherever they happen to be.

Employee engagement is the fuel for continuous improvement. People tend to become more engaged when they are recognized for their efforts and see that others are receiving recognition as well. Because physical idea boards are usually confined to one unit or department, it is easy to overlook the need to broadcast success throughout the entire organization.

Lacking a system of accountability and proactive management

One common story that plays out with idea boards is that they get a lot of attention and action at first, but over time, people lose interest, progress stops, and everyone forgets about the whole thing. There’s nothing sadder than an idea board that hasn’t been touched in months. The problem is that there is no system for proactive management and accountability. Successful teams look for solutions that in addition to visualization, provide notifications and alerts to keep everyone aware of commitments and sound an alarm when deadlines are missed.

Missing the opportunity to quantify the impact of ideas

We mentioned the importance of recognition to employee engagement earlier. Another driver of engagement is impact analysis. When people can see how improvement work is making a difference to key organizational goals, they become more invested in the work. Physical idea boards aren’t well suited to this task, but digital ones have the ability to measure the impact of implemented ideas even if it plays out over a long time.

Because idea boards hang on the wall of one department or team, it is easy to assume that all of the improvement efforts must be contained within that group. That’s too bad because there are often substantial opportunities for positive change that require cross-functional collaboration. This is the reason that one improvement technology platform deployed across the entire organization is so effective. People start to think in broader terms, and they have the ability to connect with all stakeholders to work together to bring ideas into reality.

If your idea boards aren’t generating the kind of engagement and results you hoped for, you’re not alone. It might be time to consider moving to a more sophisticated format that eliminates the biggest challenges with this improvement technique.