Why This Organization Turned to Continuous Improvement Software

When Dr. Tania Lyon became the first Director of Organizational Performance Improvement for St. Clair Hospital, continuous improvement software wasn’t the first thing she tried in working to create an improvement culture but, as she explained in a November 2016 KaiNexus webinar, the transition from paper to KaiNexus was inevitable. 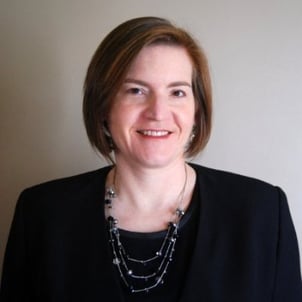 When Post-Its Didn't Cut it Anymore: How a Hospital Adopted KaiNexus

In the webinar hosted by Mark Graban of KaiNexus and founder of LeanBlog.org, Dr. Lyon explained that two years after being hired to lead the hospital through a “Lean” transformation – a management philosophy derived mostly from the Toyota Production System, a method for the elimination of waste within a manufacturing system — her department deployed paper employee idea boards. Over 100 laminated posters were distributed hospital-wide along with pre-printed sticky notes. The poster boards were created to both support the third pillar of Dr. Lyon’s Lean transformation, engagement, and to eliminate the eighth type of Toyota Production System waste, unused employee creativity.  Employees were asked to write any problems or ideas for improvement onto the sticky notes and post them on the board. Managers were given a timeline and a process for responding to the notes, which let employees know their ideas and concerns were being addressed.

The results were mixed. Some department boards buzzed with activity while others quietly collected dust. One of the biggest successes of the boards was the creation of a focal point for safety visits. Rather than having a group of people descend onto two departments every week for a safety visit and then disappearing, the boards provided an opportunity to discuss ideas and issues with staff. Dr. Lyon often found that during these meetings ideas and issues would be voiced even though there was nothing on the board, and so she herself would help write the sticky note and place it on the board for department follow-up. This not only clarified and reinforced the process, but showed staff they could put many of their ideas into play on their own, making sure each item is addressed even if it’s at the local level. 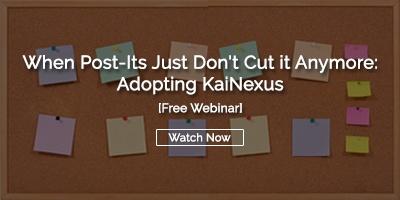 However, after a while the disadvantages of paper became apparent. “We hit a point where I realized that there was a lot going on in the hospital that was completely invisible to us. The work that was being done in one department was invisible to any other department because it was all on paper and it was managed by a single manager or director,” Dr. Lyon said. “We also had no way of measuring. I couldn’t put metrics to our improvement culture.”

Dr. Lyon did consider asking managers to translate the body of paperwork into spreadsheets and reports for tracking purposes, though she steered away doing so to protect the time of the already overworked managers.

Five years after the paper process was launched the hospital was ready to migrate to an electronic system. “We were well past Post-it notes and we really needed a system that was going to support a more mature culture that spread across multiple departments.” Dr. Lyon explained. "We did our due diligence and researched a number of different types of electronic suggestion boxes. KaiNexus was definitely the best fit for us culturally in that KaiNexus itself has grown out of Lean thinking and a Lean environment…. They spoke our language, as it were, so it was a good fit, and now the benefits have been pretty remarkable."

The first benefit that Dr. Lyon discussed was transparency. What used to be siloed is now visible to all hospital staff. Importantly, this also includes Dr. Lyon’s department, which consists of only two part-time staff. With only two people to monitor the engagement of over 550 physicians and 2,400 employees, the ability to monitor progress in every department and target her limited resources was invaluable.

Collaboration was also a key benefit. Results from employee engagement surveys had consistently shown cooperation within departments as strong, but cooperation between departments as weak. Continuous improvement software is able to easily share data with many, establishing those connections and flow.

Data collection was also a huge benefit, not only for Dr. Lyon who is now able to capture metrics for improvement culture – KaiNexus is now a part of St. Clair Hospital’s organizational goals – but also for all employees, who can now see the value of many small changes into a larger aggregate impact in their departments and beyond.

Because of the limited resources available, Dr. Lyon chose to roll-out KaiNexus slowly, beginning with a pilot department chosen for its success with the sticky note board. During the pilot, Dr. Lyon and her team developed a standardized checklist for KaiNexus implementation, which was then used as the software was put into use one department at a time. Dr. Lyon’s team made sure each department was comfortable before moving onto the next, and engaged managers and directors along the way.

Dr. Lyon planned a two-year implementation schedule, though this plan was accelerated thanks to her decision to also use KaiNexus for existing work in addition to the planned roll-out. Required Performance Improvement (PI) Plans were integrated into KaiNexus across the leadership team because continuous improvement software makes it so much easier to be consistent, and encouraged management to use the document from the start of the project. Rather than filling out the document as a stiff report at the end of a project, managers can now use the document as a guide and worksheet to help them get into lean thinking.

Unexpectedly, by having the leadership team become familiar with KaiNexus in this way, instead of introducing it as an additional task, it became something they could see value in and they turned into advocates for it.

Dr. Lyon shared some of the reporting she now has available through KaiNexus, and though the roll-out was not yet complete and the data included some of the hiccups of adoption, it was clear that KaiNexus culture is maturing year-to-year at St. Clair.

Even Dr. Lyon finds continuous improvement software to be more useful than she thought, using it as her status board.  "I never thought when we started KaiNexus that I would use it this much. I come into work and KaiNexus is open on my desktop, and it stays open all day. I'm in and out of it constantly," she said.

For more information about how St. Clair is using KaiNexus, watch the webinar!