3 Expert Approaches to Getting Started with Continuous Improvement 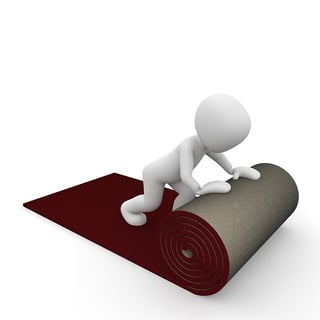 Three KaiNexus customers from two very different industries shared strategies for jump-starting continuous improvement at the recent 2015 KaiNexus User Conference. Mark Graban, our moderator, asked each client on the Methodology Panel to speak to lessons learned on launching continuous improvement, and the answers really resonated with the CI experts in the room. I think that the conversation resulting from that question is extremely valuable not only to people who are thinking about beginning a Lean journey, but also for those who have been trying for a while and are struggling to get people on board with the culture change.

The first response came from Erin Edwards, the Continuous Improvement Manager at Four Seasons Produce. Erin has been leading the company’s utilization of KaiNexus’ continuous improvement software since the Spring of 2014. Erin shared that when she first joined the team at Four Seasons Produce, they had a group of people who were interested in Lean, and they actively pursued “things to 6S.” By the end of her first year there, that small group realized that they were spending their effort making all of these improvements themselves, rather than talking to and engaging the rest of the employees.

Once the team realized that they needed to shift their focus toward engaging people in improving small things and building habits by talking to them every day, their culture change really took off. As Erin put is in the panel, “We have a toolbox and we can help you - but until we know what the problem is, we can’t do anything with that toolbox.”

“We have a toolbox and we can help you - but until we know what the problem is, we can’t do anything with that toolbox.”

I think the biggest takeaway from Erin’s experience is that you can’t change a culture by having a team of experts improving processes. Rather, the culture is changed when a team of experts engages everyone in improving their own processes, providing the coaching rather than the answers.

While Erin’s answer focused on the big picture role of improvement experts, Ron Smith, the Process Improvement Coordinator at Mary Greeley Medical Center, dove into the methodology behind choosing which areas to implement process improvement.

Mary Greeley Medical Center is a 220-bed acute care facility in Ames, Iowa, that received the “Gold” level recognition in the Iowa Recognition for Performance Excellence (IRPE) program, and the top honor in the state level Malcolm Baldrige Award. Ron shared that part of the secret to their success in spreading improvement is to go where the pull is. Rather than walking into an area and “planting the CI flag,” Ron and his team go to the areas where people are asking them to come.

Go where the pull is.

One lesson that Ron learned in MGMC’s journey is that process improvement isn’t just valuable in areas heavily based on processes, like a lab. While he initially believed that was true, he quickly learned that it is also valuable in areas where there’s a lot of judgement going on without such strict processes, like the operating room. Ron says that it doesn’t matter so much what function the area performs, but rather, who the leadership is. If you want to spread continuous improvement, you need quick wins. Finding your best leaders - the ones who have time for employees, that are respected by their employees - gives you the best chance for attaining those quick wins. It really is the leader in an area that determines the success of the improvement culture in that area.

Join us in December for a live webinar with the MGMC team to learn more about how a systematic approach to improvement is driving success. Register now to save your seat! 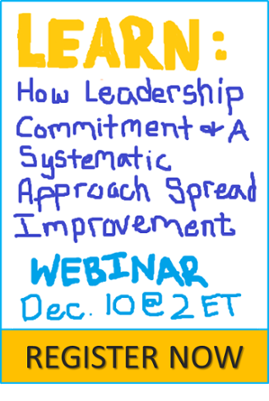 Tania Lyon, the Director of Organizational Performance Improvement at St. Clair Hospital, was our final panelist. She focused on the practicalities of a software rollout in her answer.

St. Clair began their Lean journey in the area where they were the most broken - which, at the time, was the Emergency Department. Improving this department with Lean was a major organizational initiative, and ultimately was a huge success story that made people realize that Lean really could make a difference there. When they partnered with KaiNexus, they were already seven years into that culture change and had been managing their improvement work with post-its and posters on the wall. They decided to introduce KaiNexus in the area that was most successful with their paper process (the pharmacy), because it clearly had the right culture and champion leaders. St. Clair viewed this as an opportunity to test the KaiNexus system - and it’s working out well for them, with nearly 300 opportunities for improvement having been identified in the last 8 months.

I love that the responses to this question are so varied, ranging from the role of experts to the nitty gritty details of how to pick departments for process improvement and software implementations. Here on the blog, we’ll be sharing a lot more knowledge from the experts at the 2015 KaiNexus User Conference; be sure to subscribe using the form below to ensure you don’t miss a thing.