A Lesson in Kaizen from Yellowstone National Park

This video is making the rounds on LinkedIn, have you seen it yet? It’s a video about how wolves caused a "trophic cascade” in Yellowstone National Park. For those of you who don’t already know, a trophic cascade is an ecological process that starts at the top of the food chain and flows all the way down to the bottom - with sometimes surprising effects!

Prior to 1995, Yellowstone National Park was suffering from a lack of biodiversity in the park, including a severe overpopulation of deer that, with no natural predators in the park, had reduced the park’s vegetation to almost nothing. Then, wolves were reintroduced to Yellowstone National Park in 1995 after a 70 year absence. As you can imagine, they killed some deer - but that was just the beginning. The presence of the wolves changed the behavior of the deer; they started avoiding valleys and gorges where they could be easily trapped. Barren valley sides began to flourish with plant life. Birds came to live in the trees, and beavers came to eat them. Then, the beaver dams provided habitats for otters, ducks, and fish. The wolves also killed some of the park’s coyotes, so there were more rabbits and mice. More prey meant more food for predators, so hawks, weasels, and badgers came. Bears fed on the carrion from the wolves’ kills and the berries from the new shrubs. Biodiversity was restored to the park. 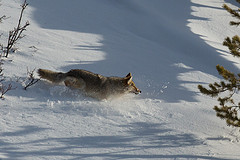 It wasn’t just the flora and fauna that changed as a result of the wolves. The trees and their roots stabilized the river banks, so they collapsed less often. The recovered vegetation slowed soil erosion, so the rivers meandered less. More pools formed, creating excellent habitats for the burgeoning wildlife. The wolves changed the very rivers themselves.

It seems almost magical, the way the one species has the power to influence every element of an ecosystem, doesn’t it?

A Simple Solution To A Complex Problem

An important lesson to take away from this is what the scientists studying Yellowstone’s ecosystem did to solve the problems of deer overpopulation, overgrazing of the lowlands, and lack of species diversity. They didn’t plant trees, ship in small mammals, build dams, or reinforce the river banks. Those "solutions" would have only addressed symptoms of the problem. Their solution was genius; all they did was release a small population of a native species to the park, and let nature take its course from there.

I love this solution. While the US Fish and Wildlife Service wasn’t necessarily doing Kaizen, they take a very Kaizen approach to solving the problem. They could have thrown money at it and then hoped one of the other solutions stuck… but they chose to do something small, simple, and comparatively inexpensive. They chose a high-leverage solution that was practical and feasible, and that fit perfectly into the natural order of things rather than attempting to direct a new order.

How Does That Apply To Kaizen?

This is a lesson from Yellowstone National Park that we could all stand to apply to our organizations. When we find a problem - whether it’s related to safety, financial, quality, or satisfaction - we need to take a step back and resist the urge to throw money at the problem. Evaluate the problem carefully, and implement a solution that is small, simple, and addresses the root cause of the problem rather than its symptoms. Look for a change that fits into the natural order of your environment - something that can be easily adopted into your current status quo.

For example, the Labor and Delivery Department at Franciscan St. Francis Health (as described in the book Healthcare Kaizen) was having trouble with their privacy curtains flapping open when people walked by, which exposed nursing mothers. They could have gone for an expensive solution, such as buying new, magnetized curtains, or repurposing rooms in the department to be used for nursing. Instead, they followed the same route as Yellowstone National Park, implementing a small, low-cost solution that solved the root of the problem - they began securing the curtains with binder clips (yes, the office supply). A comically simple solution, right? They fixed a major patient satisfaction problem using supplies they already had on hand, with no additional cost or delays, in a way that was easy for staff and patients to implement.

Where Do Those Ideas Come From?

The best place to go to find those small, natural solutions to the multitude of problems in your organization isn’t to executives or to a committee. Executives and committees think big - little problems are in danger of winding up with big, expensive solutions if addressed at these levels (and they might not really be solutions, after all). Instead, ask your employees. The people on the front lines who are noticing these problems are the ones that are best suited for coming up with small, simple, feasible solutions using resources they already have. Empower them to make those improvements themselves, without having to go through the bureaucracy of committees, and you’ll see that each of them has the power to shape their own rivers in your organization.

Learn more about leading a Kaizen culture in this free upcoming webinar: 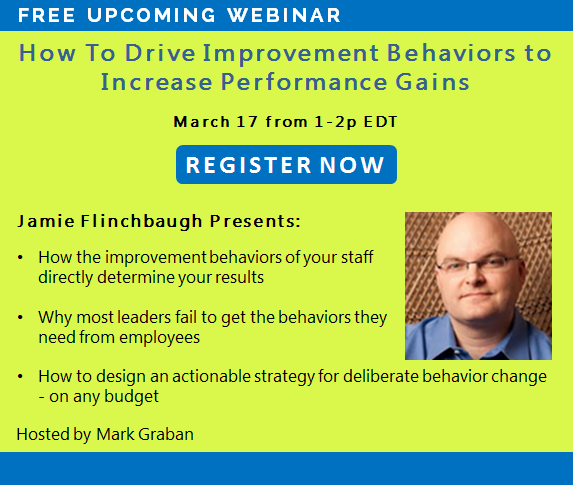