The Development & Use of the PDSA Cycle of Improvement 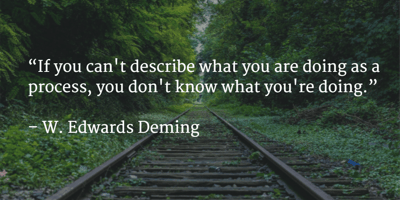 The PDSA cycle is a popular approach to process improvement because of its simultaneous simplicity and effectiveness. Although it started in manufacturing, the PDSA model for improvement can be applied to any process, making it applicable across almost every industry. Today, PDSA is prevalent in healthcare, hospitality, education, construction, and professional services.

What is the PDSA Cycle?

The PDSA method most broadly used today is a structured approach to improvement with four steps or phases. It is a scientific, iterative approach to problem-solving that involves testing solutions, measuring results, and implementing positive change when a test of change works out well by the team's analysis. It can be applied to almost any improvement project.

Plan: During the planning step, the team determines what will be accomplished and outlines the current situation. They set the benchmarks for improvement and discuss potential solutions to be tested. The planning phase is most effective when the problem is well understood and documented. Teams often use a problem-solving tool called A3 to support the planning phase of PDSA. It is essential that the process operators participate in creating the plan. They will likely understand the problems well and be instrumental in implementing the plan once it is analyzed and tested.

Do: Testing starts once the planning phase results in a hypothesis about potential changes that will lead to measurable improvement. Then, process changes are introduced, and data collection results are observed objectively. Although processes are tested during this phase, the Standard Work will not be updated until the Study and Adjust phases are completed.

Study: This is the data analysis phase. The quantitive data regarding the experimental improvement are collected and compared against the expected and past results. The team gathers data for substantial sample size and analyzes it to determine if a measurable improvement was achieved. Finally, team members decide if the outcome is in line with the expectations defined in the planning phase. Control charts are a popular tool for visualizing process performance over time, and they are often used during the Study phase of PDSA.

Adjust: If the study confirms that an improvement that meets expectations has been achieved, the changed process becomes the baseline for future improvement cycles. The team updates Standard Work documents and performance expectations and trains process operators on the new approach.

The PDSA cycle (sometimes called the Lean PDSA cycle) is intended to be repeated as often as necessary as processes move ever closer to perfection. The result of each cycle becomes the baseline for the next improvement project. 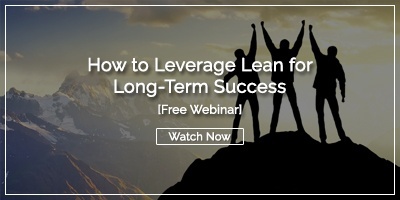 How was PDSA Developed?

Dr. W. Edwards Deming was an American engineer, statistician, and management consultant. He started his career as an electrical engineer, later specializing in mathematical physics. He is best known for his work in Japan's auto industry after the second world war. He is considered, even today, to be the most influential non-Japanese person in the Japanese manufacturing industry. He championed the management principle of statistical process control, a precursor of Total Quality Management. It is not unusual for him to be partially credited with the rapid post-war economic rise of the Japanese economy.

He wrote, "It may be helpful to think of the three steps in the mass production process as steps in the scientific method. In this sense, specification, production, and inspection correspond to hypothesizing, carrying out an experiment, and testing the hypothesis, respectively. These three steps constitute a dynamic scientific process of acquiring knowledge." He eventually clarified that the steps should go in a circle rather than a straight line, and that concept became what is known as the Shewhart Cycle.

Dr. Deming built off of Shewhart's Cycle and modified it. In his new version of the Cycle, debuted in 1950, he stressed the importance of constant interaction among the four steps of design, production, sales, and research. This came to be known as the Deming Wheel or Deming's Circle.

Although it is somewhat unclear who made the changes or why, the Japanese executives modified Deming's wheel into; Plan, Do, Check, Act (PDCA). This four-step cycle for problem-solving includes planning (a problem definition and a hypothesis about possible causes and solutions), doing (implementing), checking (collecting data and measuring the results), and action (standardization if the results are satisfactory).

Deming was never fond of the PDCA cycle, noting that "check" in English is equated with "hold back." Others point out that the word "check" may bias us to check or confirm that a test of change was good (as in "check that we tried it" instead of "check to see if it worked as we predicted"). In 1993 he introduced his new revision of the Shewhart cycle; Plan, Do Study, Adjust (Act) (PDSA).

The Benefits of the PDSA Model

Why did the PDSA model gain popularity over other problem-solving and improvement methods? First, it has some unique benefits, including:

Versatility: PDSA is helpful in various business environments and for a wide array of processes. It can be used for project management, change control, product development, and resource allocation.

Simplicity: PDCA cycles are straightforward and easy to understand, yet they are a powerful force for meaningful improvement. Team members don't need substantial training or improvement management experience to participate effectively in a PDSA cycle.

Consistency: Because the approach is so versatile, you can have a standard problem-solving methodology across the entire organization. Modern improvement software supports the practice and makes it easier to share data about past improvement cycles.

Although the approach is simple, there are still a few challenges that organizations may experience.

It's simple, but not easy: Although the approach is simple, doing the necessary work in a disciplined way isn't easy since team members have old habits (such as jumping to solutions or assuming that changes will be positive). Employees often need coaching and the experience of some small wins before they trust that the effort is worth the reward. Leaders can help overcome this challenge by providing feedback, listening to employee concerns, and recognizing every success, no matter how small.

Leadership: PDSA is not a set-it-and-forget-it proposition. It is an ongoing, frequently repeated process that requires commitment and acceptance from the top down. Without effective leadership, enthusiasm will wane over time. One thing leaders can do to help is to bring visibility to improvement work. Digital huddle boards and kanban charts are popular visualization tools that speed results and keep improvement efforts on the front burner.

While the PDSA cycle gives structure to improvement, a few other tools and techniques are helpful during an active cycle.

The 5 Whys: During the planning phase, when the team is working to identify the root cause of a problem, the 5 Whys technique can be very effective. The team states the apparent problem and then asks "Why?" as many times as possible until the root cause is revealed. Usually, five times is about enough to do the trick.

A3 Reports:  A3 reports are a helpful way to structure and document the PDSA process. It includes the background of the issue, the current state, the defined problem, the desired future state, and the project results all in one report. When it was first used in the 1960s, an A3-sized piece of paper was used, but A3 software is more common today.

Control Charts: Control charts visualize process outputs against upper and lower control limits over time. They are frequently used during both the Plan and Study phases of PDSA to chart the current state and the post-improvement results. In addition, control charts help determine the difference between normal process variation and statistically significant changes or trends.

Fishbone Diagrams: Fishbone diagrams are a problem-solving approach that is useful during the planning part of the cycle. In a chart that looks like the bones of a fish, the team breaks down potential causes of problems into one of several categories including, management, technology, people, environment, measurement, and product.

Kaizen Events: Dr. Deming and other key thinkers in the world of continuous improvement believed that improvement should happen on a daily basis and that small, incremental changes are the key to long-term success. However, some problems are so pressing that a PDSA cycle can be most useful when paired with a rapid improvement or Kaizen event. In this case, the relevant team members suspend other work to concentrate full-time on the PDSA cycle for a period of three to five days.

Dr. Deming died in 1993, but his work lives on. Today, the PDSA approach is used by businesses across the globe to solve problems, improve quality, and enhance products. It's a valuable tool brought to us by some of the world's best thinkers in the science of process control and continuous improvement.