Amber Newman is the VP of Marketing at ATMdirect. A former consultant, Newman spent many years guiding high tech companies through lead generation campaigns, strategic pipeline planning and sales forecasting. She is regarded as an expert in sales automation and has led many sales teams through the implementation and customization of Salesforce.com, Sugar CRM, Siebel and Goldmine.
Find me on:

#TargetDown is an Opportunity for Improvement 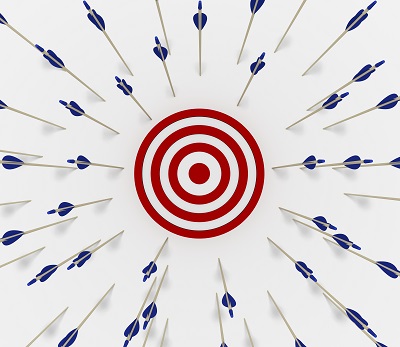 Target’s inability (or near inability by some accounts) to process customer transactions for about two hours last Saturday represented a mild-to-moderate inconvenience for me, requiring two trips that took way longer than they should have to purchase my husband’s Father’s Day present. (It’s a bike. He loves it.) Of course, for the employees of Target, the inconvenience was way more than moderate.

One can only speculate about how much revenue, not to mention goodwill, was lost during the outage. As it does, the Twitterverse had a heyday making fun of the situation. Rivals Walmart and Amazon no doubt got a boost, and I suspect there was a spike in shrinkage. (Retail-speak for theft.) And although the company was quick to state that the problem was not a hack or data breach, Target’s already marred reputation for data integrity certainly was not helped.

END_OF_DOCUMENT_TOKEN_TO_BE_REPLACED

How I Learned the Habit of Exceptional Cross Functional Teams

When I was 22 and just starting my career, I was the administrative assistant to the President of a software company. One of my responsibilities was to take the notes in the weekly executive meeting. I wasn’t expected to participate in the meeting, just to document the discussion. At one point we hired a new CIO. He was a distinguished technology executive with many years’ experience. He was also European and intimidating as heck.