Causes and Solutions for Resistance to Lean in Construction 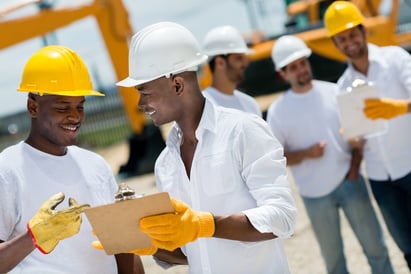 The Lean business management approach may have started with ideas formed in the Japanese auto industry, but today, it is used by industries of all sorts from healthcare to higher education. Many architecture, engineering, and construction companies are also leveraging the methodology to combat the fact that 80% of capital projects end up over budget or schedule, or both. As with anything new, there has been some resistance to the adoption of Lean in construction. This post takes a look at a few of the most common root causes for the reluctance to adopt Lean techniques and how to overcome them.

Value is centered on knowing vs. learning

In construction, a high value is placed on skilled craftwork. This is true for design and engineering as well as more traditional construction trades. Each group is proud of its abilities and is generally protective of their unique set of hard-won skills. Jobs in construction go to those who know how to ply their trade, not necessarily to those who need to learn. The idea that improvement is needed runs contrary to a culture centered around competence.

The focus is on management, not leadership

Management is all about stability and standardization. Leadership, on the other hand, often requires destabilization and disruption. That’s how the leadership team at Toyota was able to turn around failing industry. Not by more efficiently executing the same processes, but by rethinking every process from the ground up. Construction is a series of related, but disparate processes and many management teams are reluctant to undergo a potentially transformative, but almost certainly difficult period of significant change.

People are slow to change unless there is some compelling event that forces them to do so. In other industries, market forces, new technology, and customer demand have forced change, but these factors have had less of an impact in construction until recently. If the benefits of change aren’t clear, it’s human nature to keep doing what is familiar and comfortable.

In the last few years, however, more and more firms have recognized that they can increase profits, enjoy happier customers, improve safety, and gain employee loyalty by embracing the principles of Lean construction which include:

Successful companies have deployed a range of strategies to overcome resistance to Lean construction.

Because construction projects involve so many distinct trades, it is easy to compartmentalize each task, rather than see it as part of the whole. This is perhaps the single most significant reason that so many projects are over budget and delayed. The Lean approach considers the entire project as one whole and seeks to streamline work, and reduce the typical wastes of excess inventory, unnecessary movement, waiting, and over processing. The biggest opportunities for improvement are often found at the handoffs between one trade to another.

There’s a long-held belief in construction that quality, schedule, and cost must always offset each other so that an improvement to one will cause a reduction in another. Lean construction rejects this thinking and replaces it with the belief that a reduction in variation improves cost, timing, and quality all at the same time. It is important to understand the difference between “common cause” variation, which is inevitable and nothing to worry about, and “special cause” variation, which is indicative of a problem and should never be ignored.

Learn more about reacting to variation in this webinar: 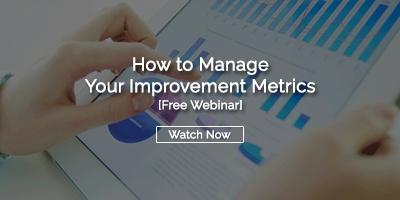 While Lean focuses on improving processes, not people, we can’t ignore the fact that it is people who are executing those process and who, ultimately, are responsible for improvement. An essential technique to reduce resistance and get better results is to involve the people who will perform the process in the effort to improve it. It’s likely that participants in each trade already have ideas on how to reduce waste and speed up the time to completion, but they haven’t been given the tools or the invitation to share their ideas.

Implementing technology to support Lean construction helps to reduce reluctance to adopt the methodology by providing support for the tools and techniques that will be used. It increases the speed to competence in continuous improvement, which is particularly important in construction. It also signals the management team’s willingness to invest in the approach and sends a signal of commitment.

Someone once said, “It’s hard for an egg to become a bird, but it’s impossible for an egg to learn to fly.” Growing pains and a bit of pushback are to be expected when you implement Lean, but the results will be well worth the effort.