Dr. Ethan Burris is a Professor of Management and the Chevron Centennial Fellow at the McCombs School of Business at the University of Texas at Austin. He is also the Director of the Center of Leadership Excellence for the McCombs School. He earned his Ph.D. in Management from Cornell University and has served as a Visiting Scholar at Google and Microsoft. He teaches and consults on topics relating to leadership, managing power and politics, leading groups and teams, and negotiations.

Dr. Burris’ current research focuses on understanding 1) the antecedents and consequences of employees speaking up or staying silent in organizations, 2) leadership behaviors, processes and outcomes, and 3) the effective management of conflict generated by multiple interests and perspectives. In particular, he has investigated how leaders shape employees’ decisions whether to speak up or stay silent and how leaders evaluate those who speak up.

We were pleased to have him join us at our annual user conference in Austin last year. This post is a recap of his presentation; we highly recommend that you watch it to learn more about the science behind which ideas for improvement are more likely to get promoted by managers.

Dr. Burris began by sharing a story about Standard Chartered Bank. They celebrated their 150th anniversary a few years ago. They asked for employee ideas on how to commemorate the milestone. As a result of an employee suggestion, they started the “Seeing is Believing” campaign, intending to raise enough money to save the eyesight of one person for each of their 28,000 employees. In the first year, they more than doubled their fundraising goals. The campaign has now raised over $100,000,000, all because of an effort that started with one employee idea. Embracing this idea not only helped thousands of people to see, but it also impacted the culture, empowering people to speak up not only with ideas like these but with others related to the products they offer and the clients they serve.

Unfortunately, not all organizations are as open to employee feedback. Disasters like the Challenger shuttle explosion and the massive recalls at GM during the past few years could have potentially been avoided if managers had been more willing to listen to employee concerns about safety.

So why can some people be candid at work while others can’t?

The Theory of Voice

The irony is that the people who are closest to the product, customers, suppliers, and day to day operations of the organization have the least authority to make changes. As one moves up in the organization, they gain authority, but loose front-line insight.

Dr. Burris, therefore, went into his research with the assumption that more voice is always is better. That turned out not to be the case.

He shared the example of a national restaurant chain. Employees were surveyed on how often they provided feedback, whether action was taken and how that impacted their likelihood to stay with the organization. When feedback is welcome, and changes are implemented, people are more willing to stay. On the other hand, when managers are unresponsive, a lot of frustration is created, and untimely attrition occurs. Therefore, voice is only beneficial if it leads to positive change. This is the first theme that the research uncovered.

The second theme is that voice that is directed at people who can take action is beneficial. A study at a number of financial institutions looked at voice directed toward a unit leader, voice shared among peers, and voice directed to a leader outside of the local unit. The research found that when voice flowed to a leader who can take action, it led to substantial improvements in the financial and operational performance of those branches. When voice flowed, not to the unit leaders, but around them, it actually had a negative effect.

There are several reasons that getting people to speak up isn’t as easy as managers might like. Reasons include:

Several studies back up the fact that people don’t routinely speak up. One interviewed people across a range of industries and found that 70% of people hesitate to voice their feedback. In another survey of employees at a large pharmaceutical company found that only 51% felt comfortable speaking up. The primary reasons that people withhold their ideas are fear and a belief that nothing will change regardless of their input.

The onus is on managers to create a culture where sharing ideas feels safe and of value. However, how employees frame ideas is relevant to whether they are accepted and implemented.

The theory of cognitive economy which holds that people seek to minimize cognitive effort explains why ideas that are framed consistently reduce processing demands and signal message validity. Therefore, constancy can impact how ideas are evaluated.

Whether managers are more likely to respond to opportunities or threats depends on their personality. Some people are “promotion-focused,” meaning they play to win, they are willing to take risks, and missing out on an opportunity is painful. Others are “prevention-focused,” they play not to lose, are motivated to avoid mistakes, and are reluctant to upset the status quo.

The presentation includes four studies that look at how message framing impacts how the message is received in different ways. All of the data suggests that employees tend to use mixed opportunity and threat framing even though it is less effective. When pure framing is used, it should be aligned with the regulatory focus of the manager.

Managers need to ask themselves whether they are missing out on great ideas simply because they are framed the wrong way. Slowing down the evaluation process and framing the idea in a new way can help to reveal more ideas that are worth endorsement.

We are very grateful to Dr. Burris for joining our event. If you’d like to have the opportunity to attend sessions like this one and to connect with other people dedicated to continuous improvement, join us in Austin for KaiNexicon on September 24 – 25. 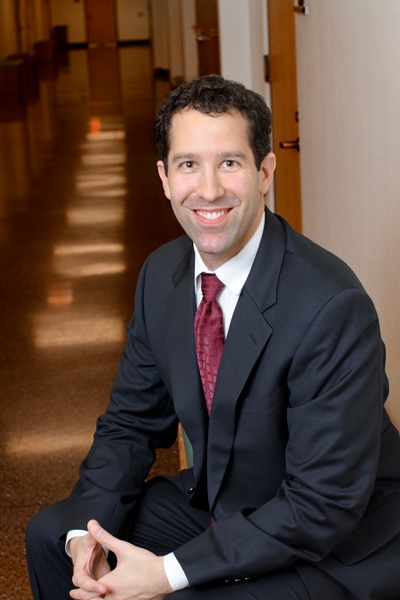