What I Learned by Leaving Toyota 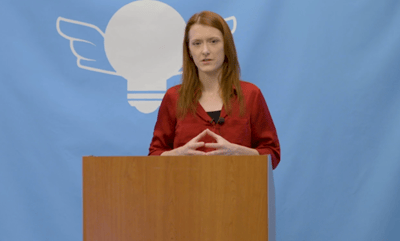 Our 2019 KaiNexicon event in Austin was a tremendous success, thanks to all of our fabulous participants and speakers. Lots of valuable information was shared, and long-term connections formed.

The event kicked off with a Keynote from Jess Orr of WestRock Company. This post is a recap of her presentation. We invite you to watch the video as well.

Jess Orr is a continuous improvement manager with over 12 years of experience working in a variety of industries. Her approach has been greatly influenced by the time she spent working directly for Toyota in Georgetown, KY. Jess focuses on equipping and guiding people in the application of improvement principles and practices to elevate the performance of their organizations.

Jess shared that she worked for Toyota in Georgetown, Kentucky, for several years. Her experience of working there was utterly transformative, both personally and professionally. Due to some personal circumstances, she had to leave Toyota about four years ago, which was a difficult thing to do. Although it was devastating at the time, in hindsight, Jess believes it is one of the best things that ever happened to her.

At Toyota, she was involved in maintaining a very established culture of continuous improvement. That's completely different than trying to build a culture of continuous improvement from the ground up, which is much more difficult. Jess would not have been able to develop those skills without leaving Toyota. Working at Toyota gave her a vision about what "good" looks like, but she didn't know how to get there.

Jess started her career as a tooling engineer at a Rubbermaid facility. During that time, she earned her Six Sigma Black Belt. She became very interested in the practice of process improvement. There was a Toyota plant nearby, and she knew that Toyota was the gold standard for continuous improvement, so she got a job in their quality department. She didn't know at the time how big of an impact this decision would have on her life.

Walking into a Toyota plant, she explained, is like walking into a whole new world. It's a beautiful, efficient, one-piece flow, almost like a choreographed dance. Everybody knows what they are doing at all times, and there's very little waste in the processes. Her favorite part was the robots that go along the floor and bring parts to the line.

In terms of culture, however, she felt a bit like she was walking into a cult. Everyone was obsessed with a thing called Kaizen. People were asking about how to improve things at every turn. After a few weeks, her manager told her that she would be going to a Toyota assimilation training. She was nervous but quickly relieved.

The first day was dedicated to the Toyota Production System and tools. The second day was all about culture. They discussed the values of Toyota, including continuous improvement (CI) and respect for people. She finally learned what Kaizen was all about. They explained that Kaizen, translated to "good change," was the mindset that drove Toyota's relentless pursuit of perfection. It was all about everyone, every day, making things a little bit better.

Toyota has a saying that goes, "We don't' just build cars, we build people." One of the primary ways that It builds people is through problem-solving. Toyota has an interesting way of viewing problems. They have an ideal state, perfect condition, zero defects, on-time delivery, and no waste. The current condition is where they are at today. The difference between the ideal condition and the current condition is the problem. This is the terminology that Jess still uses in her current role.

Everyone in the quality engineering department had to be certified on Toyota's A3 problem-solving methodology. This required an intensive 2-day A3 problem-solving course, an actual A3 exercise, and a rigorous panel interview that most people didn't pass the first time.

Jess' first A3 project was one of the top three supply issues in the plant. Although Jess thought she could reduce the problem by 25%, her manager set the challenge at 50%. The target defect was complicated and had plagued the plant for years. As she dug in, Jess came to believe that she could not solve the problem. It was just too difficult. Her manager suggested putting together a team of process experts to help solve the problem. She put together a cross-functional team. By the end, they were able to reduce the defect by more than 75%. This experience built Jess' confidence and capability. 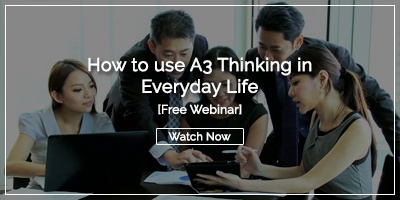 One challenge of working at Toyota is that a lot of the "low hanging fruit" problems have already been resolved. The leftover problems were the difficult ones, but she was never without support. Every leader functioned as a coach. They wouldn't ever give the answer but would coach until she knew what to do. There were also informal mentorships that formed. These relationships were constructive, and soon she started to see a leader in herself.

After circumstances made it necessary for her to leave Toyota, she took another role in continuous improvement. The initial expectation was that her experience at Toyota would allow her to bring the organization to new levels of performance. Lessons in humility quickly shook her own confidence.

One early project required a Kaizen event, which worked to improve setup times for a process. But as she looked at the numbers over time, they soon went back to what they were before the Kaizen event. Something was missing. What she learned is that inviting people to participate in continuous improvement is not the same thing as engaging their hearts and minds.

To help her chart a course of action, she read lots of books and listened to hundreds of hours of podcasts. She practiced and learned, stumbling a bit on the way, but eventually, things started to get better.

Over the past three years, the teams that she's supervised have improved dozens of processes. They've saved the company millions of dollars. One particular turn around project ended up saving 200 jobs. But what she's most proud of is helping to build a small army of problem solvers who continue to make the company better. 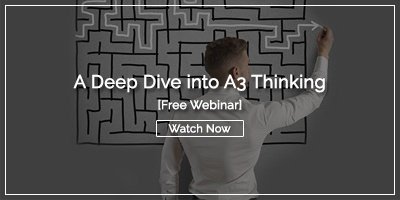 The critical mistake that Jess initially made was thinking that because of her experience and background, she had most of the answers. We form mental models of how things should go, but the inputs have changed. You must take a step back and assess each challenge independently.

Her approach is that of a "humble learner." Most people understand some need to understand the current situation, but Jess emphasized the magnitude by which she does this. She believes that in many ways, you have to go slow to go fast.

Three things need to be well understood, the processes, the pain points, and finally, the people.

Jess shared an example of a time she was tasked with reducing cost in a department that did pallet breaking. She went to the floor and observed the operators to try to understand their pain points. What was interesting that everyone assumed that the problem came from the temporary workforce in that department and that they were lazy and didn't know how to count. That did not match her observations. She volunteered to count off the next order. She quickly learned that the problem was not the people, but the process itself. She also got to know the people who operated the process. She learned more about their skills, motivators, and background. This allowed her to bring even the most resistant employees along by demonstrating that she cared about making work easier and less frustrating for them.

Lesson #2: Understand that the Role of Continuous Improvement Leaders is to Facilitate, Not to Fix

Jess believes you have to slow down and resist the urge to fix people's problems for them. If you force your ideas on people, no matter how good they are, you take something away from them. You take away ownership and their chance to develop themselves from that challenge. Worse still, when you solve people's problems for them, the message that you are sending is, "I don't think you are capable of solving your own problem," which is not the message that you want to send.

Instead, Jess tries to be a facilitator for problem-solving. The word facilitate means "to make easy." So the job of leaders is to make it easier for people to solve problems by developing their skills, confidence, and abilities. The message should be, "I believe you are capable of improving your work, and I commit to giving you the tools, support, and resources necessary to do so."

The people who do the work are the best suited to improve it.

Lesson #3: We Need to Leverage Continuous Improvement as a Way to Build Our People

Most people think of CI as a way to improve the business. Everyone knows that effective CI needs to be done with people, but Jess takes it a step further. She believes that continuous improvement isn't just something to do with people; it is something to do for them. CI is a way to challenge people to grow beyond their current boundaries. One thing she loves the most is finding hidden superstars with skills and abilities that they didn't even know they had. Just like the people at Toyota had done for her.

"Continuous improvement makes our people better, and in turn, those people make our business better."

Jess will always be grateful to Toyota for investments that they made in her. They were instrumental in forming her vision of continuous improvement. But she's also glad that she left. If she hadn't, she never would have learned that CI is all about harnessing the experience, the passion, the intellect, and the creativity of people. When you do that, they transform the organization in ways that no one thought was possible. 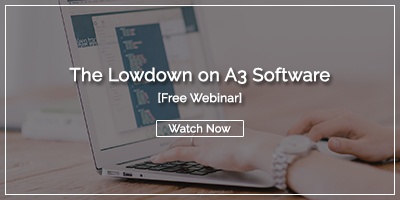